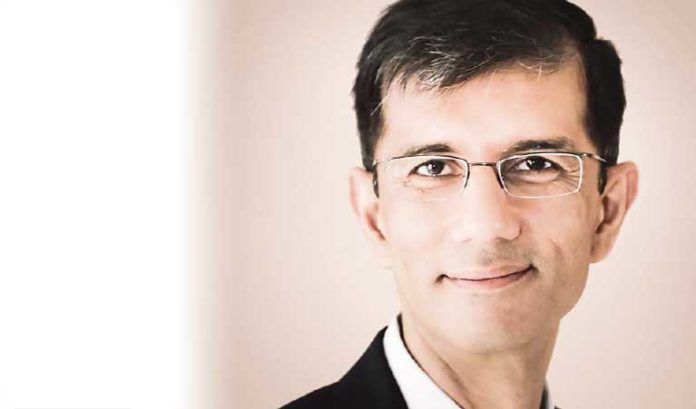 A recent TiE New Jersey leadership chat addressed two pressing questions for seasoned entrepreneurs: How do some companies grow, and how does a new leader take over from an established founding leader? Along the way, the conversation touched on topics such as how to introduce diversity into the leadership suite.

CitiusTech is a leading provider of health care technology services, solutions and platforms, with a strong presence in the payer, provider, medical-technology and life-science markets. In 2019, it was bought out by Baring Private Equity Asia, based in Los Angeles, in a blockbuster $1 billion deal, making it a services unicorn. Sambasivan became president of CitiusTech in May 2021 and then became CEO in November.

Addressing how companies grow, Sambasivan said that, for him, it is all about the company culture. He advocates an “outside-in” culture, focusing on what’s best for the clients, with every operation seen through the clients’ eyes. He noted that Cognizant, based in Teaneck, a company where he worked for almost 15 years and was global head for life sciences, had adopted this outside-in philosophy. That meant that “You’re encouraged to have arguments internally. You can pick fights with even senior management just to ensure that the client is served in the best possible manner.”

At Cognizant, there is a high degree of autonomy and empowerment, which means that you have “many ‘CEOs’ running around Cognizant making their own decisions in hiring, pricing for proposals, making business decisions on who to buy from” and whom to partner with. The reasoning behind all of these decisions is client focused.

He noted that the CitiusTech stack is run the same way as Cognizant.

“You’re encouraged to work collaboratively (in a highly innovative culture). Everything starts with a ‘Why’: a client page, an internal document, the internal management presentation. We start with ‘Why are we doing this?’” Sambasivan said.  “It’s not about building an engineering services contingent, it’s not about analytics and it’s not about applying data-science modeling or machine-learning operations. It’s about, ‘What are we trying to solve? What is the claim? What’s the business challenge?’”

Lahiri pointed out that almost everyone believes company culture is important for the success of their company, but not everyone has a successful company, even when they focus on culture. One of the audience members noted that he believed culture must be tied to something concrete, because culture is a nebulous concept. For example, you must know how to succeed in a particular industry, segment or region. There must be some concreteness in the kind of values you aspire to as a company, and then you can drive those values through your actions.

Another audience member asked how to drive diversity in company leadership, a topic that Sambasivan tackled. He said that, after he left Cognizant, he worked at a company where he was the only person from an Indian background on the management team. He noted that, as the company was growing up, it always made decisions the same way because that’s what it knew. With a diverse leadership, not everyone understands the “same dynamics, the same language, the same level of approach in terms of management style, so you have to bring everybody along. You have to communicate, and sometimes it is tough.” He said that slowing down the decision-making process, so that you can communicate with people and bring them along, is key. But that takes a different style of leadership.

“Diversity is super-important when you think about leading larger organizations,” he noted.

Speaking about transitioning and CEOs bringing in new leadership to replace themselves, Lahiri asked if anyone in the audience had done that. Only one person answered, and he said that bringing in new blood was essential, that, if you don’t provide for succession, the institution will wither on the vine and die.

Sambasivan took over the CEO’s job at CitiusTech after working very closely with the previous CEO, Rizwan Koita, he said, noting that the transition was planned. This was two years after Baring Asia acquired 75% of the company.

“I first came in as president. If I had come in all of a sudden as CEO, people would wonder what happened,” Sambasivan said.

But, he noted that this gave him time to learn the business, understand the leadership structure and build relationships with the key leaders in all geographic locations. He also needed time to get the communications in place and to understand the culture of the organization, he said.

Sambasivan said that, instead of a Big Bang approach, he took time to learn the markets and the internal functions, such as human resources, finance, recruiting and operations. He also wanted to phase in any changes he had in mind, so as not to make them startling to the customers and employees.

“(When you need to make a change), you take the existing essence of the company, the brand promise and what is working well, and layer on what can be done better, so that we put them on a new path, as opposed to completely relinquishing everything that the old organization, the old leaders have done,” he said.

That would have been a recipe for disaster.

CitiusTech already had many clients in the Top 50 of the four health care areas it serves, and was continuing to add new clients successfully. What the company could do better was increase the utilization of the firm by the existing clients.

“We created a 2.0 version of our brand promise,” but didn’t change anything dramatically, Sambasivan said.

Instead, he went back to the whole-client focus, which meant suggesting health care solutions to the clients that best match their business challenges and priorities.