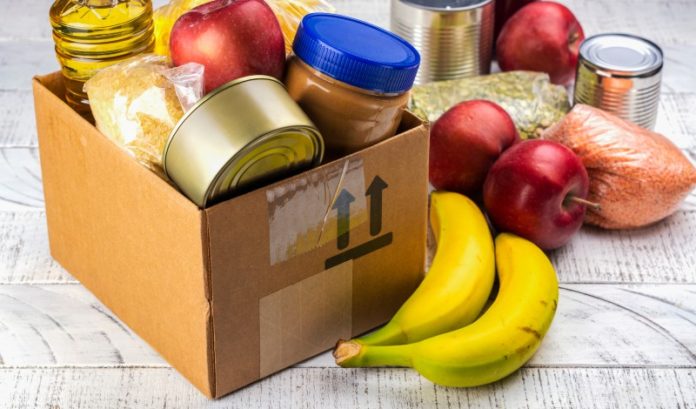 Let’s start with the basics: The New Jersey Economic Development Authority has designated 50 Food Desert communities — and its board has approved funding of up to $240 million through the Food Desert Relief Act to help these communities combat the multiple issues they face regarding food insecurity.

While the final rules and regulations will be released later, they will essentially incorporate the following guidelines:

A few years ago, that alone would have been enough. Times, however, have changed. The pandemic not only showed the wide swath of people impacted by food insecurity, but the ability of supermarkets — and food services seemingly created on the fly — to meet new customers in new ways.

That’s the way Tara Colton, the executive vice president in charge of economic security at the EDA — and one of the key architects behind the group’s stunningly smart and successful Sustain & Serve program — is excited about the other ways the Food Desert Relief Act can (and will) work.

The designation of Food Desert communities approved by the board of the New Jersey Economic Development Authority was the result of consideration of numerous factors, such as food retail environment, demographics, economic indicators and health indicators.

The list was created based on feedback received through the Request for Information process, and input compiled from research and from other public-sector organizations. Click here to see the list.

Simply put, not all of the $240 million will go to supermarkets. Some of these grants will be sold off for revenue to support grants, loans, tax credits or technical assistance for other initiatives that will help to increase access to nutritious foods and develop new approaches to alleviate food deserts.

“Supermarkets are absolutely going to be a big part of the solution here and the biggest part of the program,” she said. “But all of the other tools that we’ll have at our disposal will enable us to help a larger range of entities: small and midsize retailers as well as existing supermarkets.

“We know that part of the solution to combating food deserts is new establishments, but it’s also strengthening existing community assets, like corner stores and bodegas and local independent stores — helping to get them to sell or purchase more fresh, healthy food.”

And it’s not just your traditional food store. Innovative companies such as food manufacturers may be allowed — not to mention services such as last-mile distribution hubs.

“We have some real room for innovation around how these funds can be deployed to really try and address this issue,” she said.

Colton said she’s seen examples of this during the pandemic.

“What has been really striking as we’ve worked on this over the past couple of years is the breakneck speed with which the grocery industry has transformed during COVID,” she said. “If you look more broadly around the country, as well as New Jersey, there’s a growing shift away from full-service, retail supermarkets where everyone walks in, picks up food and then walks out with it. You’re starting to see more around fulfillment centers.

“I think there will be some interesting trends for us to keep an eye on.”

Colton said the mission is the same, but the model is changing.

“More and more, we are talking about not just getting people to food, but getting food to people,” she said. “That’s why we think some of the other tools that we will have will be really important.”

The need certainly is there.

A U.S. Census Bureau survey from January found that nearly 1 in 13 New Jersey households reported not having enough to eat in the past seven days. The total population of New Jerseyans residing in Food Desert Communities exceeds 1.5 million individuals across a diverse range of communities in all 21 of New Jersey’s counties.

Assembly Speaker Craig Coughlin (D-Woodbridge), who has been a vocal advocate of finding ways to eliminate food deserts and played a key role in the passage of the Food Desert Relief Act, said there’s no time to wait.

“The statistics surrounding food insecurity are sobering and unacceptable,” he said. “By approving the designation of New Jersey’s Food Desert Communities, we are a crucial step closer to directly addressing the impact of food deserts on New Jersey communities and to securing access to fresh and nutritious foods, with real brick-and-mortar food retailers and neighborhood food service programs, so everyone feels the comfort of knowing where their next meal will come from.”

That’s the goal, Colton said. And it will take a village to reach it. A village that’s ready to help.

Colton said she’s learned that through the Sustain & Serve program, which was just approved for a third phase.

“It’s been really powerful to learn and hear about the community-driven strategies that exist even in places that are not necessarily considered food deserts,” she said “There are really creative local entities that aren’t necessarily commercial businesses.

“They might be nonprofits or more of a grassroots, community-led organization that have some really creative ideas about how to not just create or process healthier food, but actually think about the distribution models of how to get it to people.”

The EDA board is expected to approve rules and regulations later this year. Colton is ready.

“There’s no shortage of fascinating and inspiring ideas throughout the state about how to try and address this issue,” she said. “And there’s not one set of solutions.

“These are complex issues and challenges — and some communities are going to benefit from a different set of interventions than others. That’s why we’re excited that we have multiple options and multiple potential recipients of the funding we have under this bill — and also a substantial amount of money to dedicate toward it.”

3 new eating options opening in A.C. in time for Memorial...