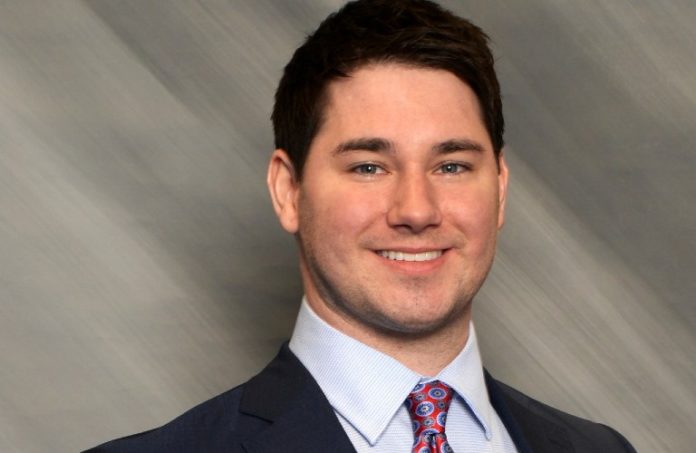 NAI James E. Hanson Vice President Christopher Todd has earned his Society of Industrial and Office Realtors designation, bringing the firm’s total number of SIORs to 12 — the most of any commercial real estate brokerage in the state.

Recently celebrating its 80th anniversary, the Society of Industrial and Office Realtors is recognized as the leading professional commercial and industrial real estate association. SIOR’s membership spans 722 cities in 45 countries and represents the globe’s top commercial real estate producers. To achieve the SIOR designation, Todd was required to demonstrate his deep experience in closing deals with a focus on professional ability, competency, ethical conduct and personal integrity, while completing stringent educational requirements.

“Since 1941, the SIOR designation has been synonymous with excellence in the global commercial real estate field,” said William Hanson, president of NAI James E. Hanson. “In every stage of his career, Chris has exemplified SIOR’s core standards of ability, integrity and sincerity on his path to becoming one of New Jersey’s most trusted commercial real estate brokers. I applaud him on this tremendous honor and am grateful to have him on the NAI James E. Hanson team.”

Joining NAI James E. Hanson in 2013, Todd has quickly become a sought-after commercial real estate expert and a valued member of the company’s leadership team. Working on a team with Scott Perkins, senior vice president, Todd has had an opportunity to partner with and learn from one of the nation’s most respected and knowledgeable industrial brokers.

Over his career, Todd has already helped to negotiate over 83 industrial sales and leases spanning 4.9 million square feet and $364 million in value. his ability to close deals in all market conditions was exemplified by one of the largest deals of his career — the sale-leaseback of 66-96 E. Union St. in East Rutherford for $24.5 million — that was negotiated at the height of the COVID-19 pandemic in 2020.

However, what truly defines his success is the wide respect and trust he has earned from his peers in the industry and the variety of companies hoping to do business in the market. Leveraging an unmatched work ethic paired with a creative approach and substantial local market knowledge, Todd is regularly tapped by a wide range of leading companies to assist with their industrial real estate needs throughout the northern New Jersey commercial real estate market.

Show & Tell: What business tenant can expect when lease expires

Survey: Retailers, having embraced technology, training, are optimistic about future