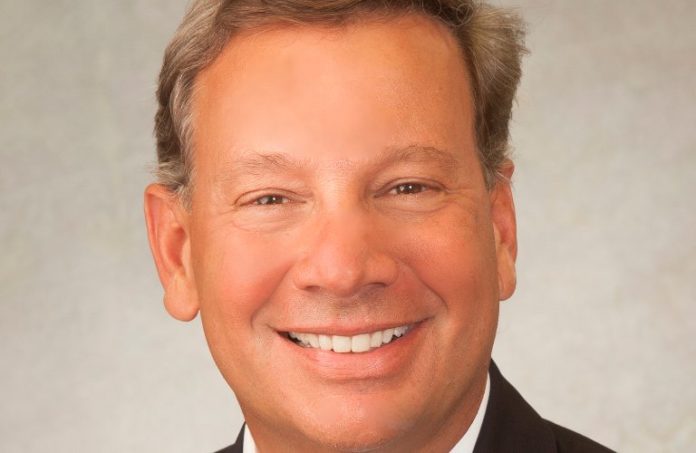 The first thing he’ll tell you is that he’s not afraid of it.

Al Altomari’s place as head of a local startup that’s focused on women’s health care and birth control options has thrust him into the debate on national issues, such as Texas’s ban on abortions after six weeks of pregnancy. And he’s willing to wade in.

“If you look at, I hate to say, the political environment for women’s health and reproductive choices more broadly across the country, it has been a rough couple years,” he said. “What’s gone on in some states has been truly challenging. … And, so, it’s as important as ever to have more birth control options available for women.”

Altomari’s small Princeton company has made its foray into large issues and a large market: the several-billion-dollar hormonal contraceptive sector.

Agile Therapeutics has a core of 30 executives that manage what Chairman and CEO Al Altomari refers to as a “virtual” operation.

They’ve been based in New Jersey from the beginning, as the brainchild of a Rutgers University staffer. And they see a lot of perks of being in the pharma-focused Garden State, Altomari said.

But their commercial drug manufacturing is done in Grand Rock, Michigan; and their sales force is completely outsourced. That’s what it means to go “virtual” as a pharma company.

As for the perks: Altomari said it “allows you to stay a little bit leaner, and pick and choose what services you want to bring inside.”

“Along with that, we’re just not a pure-play drug development business,” he said. “We’re not out to discover new molecules. We’re more than likely going to find technology that’s already been identified and we’ll actually do the heavy lifting with the FDA and get it commercialized.”

They might be looking for the next novel drug, but the idea of outsourcing many of the components traditionally associated with what goes on at pharma companies isn’t so novel today.

“Even in big companies — like Pfizer, which does a fair amount of outsourcing — it’s becoming more in vogue,” he said. “But, especially with smaller companies like ourselves, there’s a lot more of the virtual model, where a handful of executives can outsource almost anything.”

“The statistic about that that always sticks out in my head — and I’m a father of two daughters, so it’s really relevant — is that about 50% of pregnancies reported by young women are thought to be unplanned,” he said. “To me, that says these pills aren’t working well … meaning, you have to take them every day for them to work well. Taken every day, they’re a fantastic medicine, but the insight is that women also report they miss one to four pills routinely.”

The best birth control? The one women interested in them will regularly use, Altomari adds.

Birth control medication is a section of the pharmaceutical market unlike many others. For one, Altomari said, a woman’s voice in their selection of the numerous alternatives is equally as important as their doctor’s. And the choices someone might make in that regard might depend on the stage of life they’re in.

Altomari listed some of the alternatives to daily pills, which might include the IUD, or an intrauterine device, which is inserted by physicians; there are also injections that function as birth control; another option are rod-like devices that can be inserted into the skin.

If there’s a common feature among those, it’s that they’re all often too invasive for a young woman to want to sign up for, Altomari argues. So, this local company views its patch as a competitive new choice — even compared to commonly prescribed oral contraceptives, which according to medical studies increase the risk of life-threatening blood clots and other issues.

“We’re only the second (birth control) patch approved by FDA, and the other I was part of the team that helped develop (it) at Johnson & Johnson,” Altomari said. “Unfortunately, that patch had a high dose of hormones and caused a lot of safety concerns. So, we have a low-dose patch that we believe is significantly safer than some of these other methods.”

That history often marks birth control patches with suspicion in the eyes of doctors, he added. As a result, even though Twirla was approved by the FDA two years ago, getting physicians to introduce the option to their patient pool has proved challenging.

Doing a commercial launch of a new product as medical systems contend with the spread of COVID-19 … that has been what you might call a challenge as well.

Twirla isn’t the last stop for this Princeton company, which sees itself as being able to market follow-on products that meet other unmet needs for women, such as in the area of sexual dysfunction.

So, to top off the challenges posed to them, they’re looking to unveil more medicine that has enough points of differentiation for some of the toughest critics: insurance companies and doctors.

“But that’s what we’re out to do to advance women’s health,” Altomari said. “And we’re really proud to be bringing new innovation into the marketplace in this region.”

N.J. announces it is accepting donations from individuals, companies to fund...

HMH to launch innovative Hospital at Home program in Edison