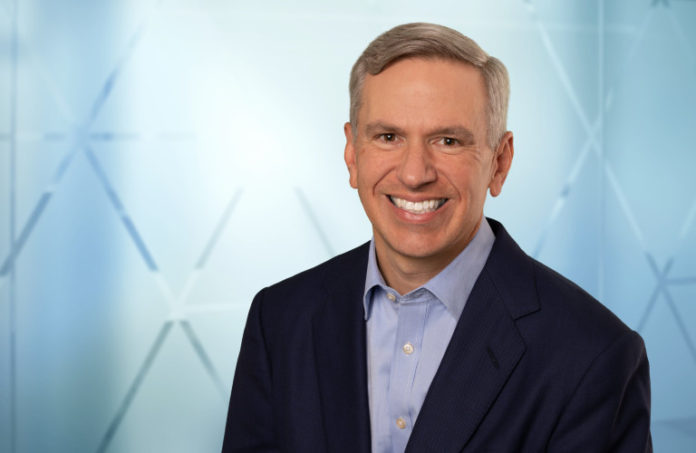 Stephenson joined Verisk in 2001 and, since his appointment as COO in 2008, president in 2011 and CEO in 2013, the company has become more data analytic- and software-intensive, more customer-centric and global, and more sustainable and responsible. Under his leadership, the company nearly doubled its annual revenue, more than tripled its market capitalization and nearly tripled the number of countries in which it operates.

During his tenure as CEO, Verisk became a part of the Standard & Poor’s 500 Index, has been named to both the S&P Global 500 ESG and the FTSE4Good Index Series, and, for three consecutive years, Forbes ranked Verisk among the world’s most innovative companies. Under his leadership, Verisk has repeatedly been recognized as an employer of choice, named a Great Place to Work for six consecutive years, one of America’s Most Just Companies, and one of America’s Best Managed Companies. Stephenson also built a dynamic and diverse executive management team at Verisk and has overseen significant innovation and success throughout his tenure.

“It has been an honor to lead Verisk through critical and transformative periods for our company and the industries we serve. This is the right time to begin the transition to Verisk’s next leader,” Stephenson said. “Our team has built powerful analytic and software platforms and a resilient business model that have enabled us to consistently deliver for our customers across market cycles by accelerating their transformation agendas. The company will continue to successfully deliver for shareholders into the future.

“Verisk has never been in a stronger position. I am confident in the team’s ability, under Lee and Mark’s stewardship, to continue our momentum and sustainable growth trajectory that position Verisk for long-term success. Since he joined Verisk five years ago, Lee has been a trusted partner who has sharpened our focus on the effective allocation of capital. And Mark has been elemental to Verisk’s growth, operational excellence and customer-centric culture for nearly 30 years. This is the right team to empower a better, more resilient and sustainable tomorrow for customers and societies.”

The naming of Shavel as the next CEO is the culmination of a thorough succession planning process undertaken by the Verisk board, which included the evaluation of internal and external candidates.

Lead Independent Director Christopher Foskett said: “We are confident that Lee is the right choice to lead Verisk in its next phase of growth, innovation and value creation for our shareholders. Lee is a seasoned executive with a keen focus on strengthening Verisk’s strategic business plans and performance objectives.”

Shavel joined Verisk in 2017 and has served as CFO since that time, driving the company’s financial strategy and capital management philosophy. Consistent with this, he has been actively engaged in the company’s review of its businesses and portfolio composition to identify the most value-creating opportunities available to the company and its shareholders. In 2021, he also became group president of the company’s energy and financial services segments, and, during that time, Shavel integrated the business for improved strategic and operating coordination, and accelerated investment in the company’s energy data analytic platform.

About that text … the one about the impending federal shutdown...