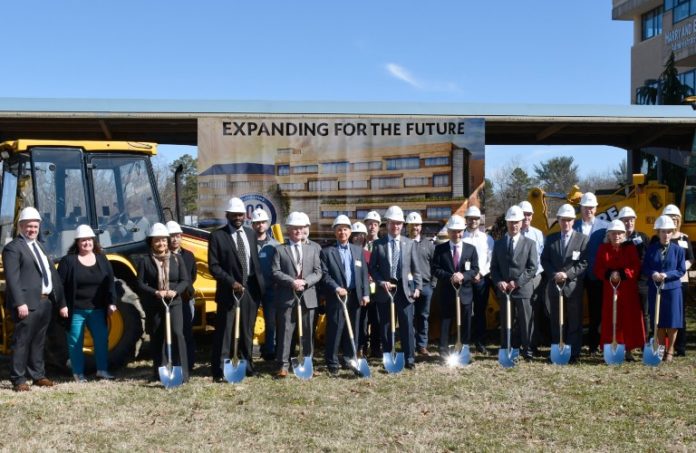 The groundbreaking for the appropriately named “DEBORAH100: The Project” was timed to coincide with Deborah’s 100th anniversary celebration this year.

This is the first major capital expansion at the South Jersey location since the mid-1990s, when the hospital added and renovated more than 120,000 square feet of space, and then again in 2018, when a 60,000-square-foot freestanding medical office building was dedicated.

This expansion and renovation is financed by an $88 million U.S. Department of Agriculture low-interest loan for rural development; $10 million from Greater Commercial Lending; and a capital fundraising campaign by Deborah Hospital Foundation that has raised the necessary balance of funds. The project will benefit all residents within Deborah’s service areas.

DEBORAH100: The Project will bring a completely reimagined experience to patients and staff, with all aspects of the design focused on their comfort and convenience.

“Deborah clinical and support staff were fully engaged in the planning of the new and renovated space,” said Joseph Chirichella, CEO and president of Deborah Heart and Lung Center. “Our Facilities Team created a simulated patient room to the exact drawing specifications where staff was able to provide their suggestions for how the space should be designed. When completed, all patient rooms will be private, all new rooms will be critical care- and isolation-capable, and there will be a floor of dedicated respite space for staff with indoor and outdoor covered lounges as well as quiet rooms.”

Deborah worked with Ewing Cole, Architects and Engineers, to plan for the expansion and renovation, and awarded a contract to Torcon Inc. as the general contractor for the job.

New construction includes a three-story vertical addition to existing hospital space, having a total of 36 private patient rooms. Three existing patient care units will be renovated following the new construction, bringing the hospital’s total licensed bed count to 95. Also included are upgrades to the hospital’s cardiac catheterization labs, a new pharmacy clean room and new robotic technology in the electrophysiology labs. Throughout the new construction and renovations, the most advanced digital and electronic systems have been integrated.

“We are excited to begin this new construction,” Chirichella said. “Building towards the future has always been a Deborah underpinning, and, with our 100th anniversary this year, it is fitting that we are embarking on a bold new chapter in the hospital’s future.”

“This project, which began prior to COVID, was aimed at increasing our total number of critical care beds, enhancing patient privacy and well-being, along with the well-being of our clinical and support team. The pandemic has served to reinforce our vision of these needs and fortify our resolve to continue providing the highest quality cardiac, pulmonary and vascular care in the region,” Joseph Manni, Deborah executive vice president and chief operating officer, who is overseeing the project, added.

Founded in 1922, Deborah has been a regional and national leader throughout its storied history. From performing the first open heart surgeries in New Jersey, to, today, running one of the highest volume Left-Ventricular Assist Device implant programs in the region, Deborah has stood at the forefront of medical innovation, all the while never wavering from its founding mission, “There Is No Price On Life,” which includes Deborah never having rendered a bill to a patient for 100 years.