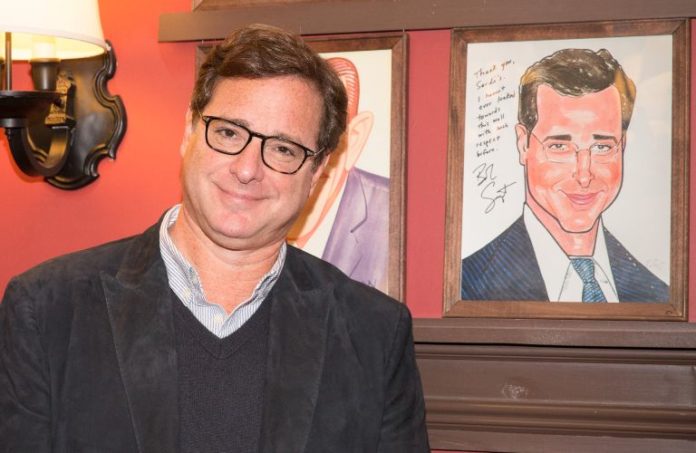 The recent death of entertainer Bob Saget made national news for a number of reasons. Among them: Saget apparently suffered a head injury, did not seek treatment, and subsequently died in his sleep.

While the investigation into Saget’s passing remains active — and more eventually may be learned — this much is clear: Head trauma always should be taken seriously. Especially among older people.

Dr. Hai Sun, a neurosurgeon affiliated with Jersey City Medical Center and Robert Wood Johnson University Hospital in New Brunswick, said all head injuries need to be taken seriously — and he welcomes the national conversation centered on head trauma and the conditions that may require immediate medical intervention since Saget’s passing.

And, while Sun stresses all head trauma can lead to serious issues, age is a factor in how brains handle trauma.

“Brains shrink as people age,” he said. “Our brains are surrounded by cerebral spinal fluid, which absorbs some impact. However, as we age, the volume of the brain starts to decrease. Thus, there is more room for brain to move relative to the skull. These movements can result in injuries to the blood vessels on the surface of brain and lead to bleeding and SDH.

“In an older individual with a smaller brain volume, even a minor impact to the head can lead to brain bleeding SDH. Because there is more room inside a skull in an older individual, the symptoms from SDH can also present in a delayed fashion, namely weeks or months later, when the hematoma has become quite large. By then, the older individual may not even recall the traumatic event or events at all.”

This is not to say that younger people get a pass. Sun has warnings for them, too.

“A younger person’s brain volume is greater, so the skull has less room to accommodate an expanding hematoma,” he said “Therefore, when a traumatic brain injury results in brain hematoma, they can deteriorate very rapidly.

ROI-NJ had Sun discuss a number of issues around head trauma. Here’s a look at more of his thoughts:

ROI-NJ: How do you describe the difference between a simple hit on your head and a hit on the head that requires medical intervention?

Hai Sun: The speed and the mass of the object hitting your head are the most important metrics to consider. For example, if you’re hitting your head against a closet door or a cabinet at a low speed and it briefly hurts, the pain should subside after a short time. If you fall from a high place or are involved in a high-speed motor vehicle accident, those usually result in more significant traumatic brain injury, or TBI.

ROI: Those are two distinctly different scenarios. In simpler terms, when should an individual become concerned if they hit their head?

HS: Like the answer to the first question, how the impact occurred when you hit your head is important. Higher-speed impact with a larger object is more concerning. Also, the symptoms after the impact are also important. Many people will complain of headache after they hit their head. If a headache persists or other symptoms like nausea and vomiting or confusion, trouble with speech and weakness appear, the individual needs to seek immediate medical attention. The victim should be evaluated in an ER immediately.

HS: A subdural hematoma is when bleeding happens on the brain’s surface caused by head injuries. Symptoms associated with SDH include headache, confusion, nausea and vomiting, weakness and even seizures. Both severe and minor TBI can cause SDH.

In severe traumatic brain injury, SDH is usually associated with direct trauma to the brain such as brain contusion (brain bruises) and intraparenchymal brain bleeding (bleeding within the brain). In minor TBI, as explained earlier, individuals, especially among the elderly, can become symptomatic even a month or two after trauma with SDH. By then, the hematoma has often become broken down by the body and liquified. We refer to this type of hematoma as chronic subdural hematoma.

Chronic SDH is actually the most common condition treated by neurosurgeons.

SH: An epidural hematoma is when bleeding occurs between the outer covering of the brain. This type of hematoma is often associated with a skull fracture from a significant traumatic brain injury, such as a fall while skiing (which happened to actress Natasha Richardson) or blunt trauma to the head. EDH is often acute and can expand rapidly.

EDH is more common among younger individuals, likely from their more active lifestyle. A patient with EDH may initially appears well after the TBI but can quickly deteriorate and becomes unresponsive and even rapidly progress to death. Therefore, it is important to seek immediate medical attention after significant TBI, even though the individual may seem fine immediately after the injury.

ROI: How are these hematomas discovered?

SH: Doctors usually do a CT scan of a person’s head to get immediate results. SDH and EDH look different on the CT scans because they are in different compartments inside the skull. Both types of hematomas can happen to younger and older patients and severe TBI can result in simultaneous SDH and EDH.

SH: After an injury involving the head, even if a person appears to be OK immediately after the trauma, it’s important to monitor the victim closely. Again, if symptoms like headache, nausea, vomiting or drowsiness persist or worsen, it’s time to immediately seek help at an emergency department. Symptoms of head trauma can also mimic symptoms seen among stroke victims.

These include confusion, weakness, trouble with speech and so on; these are signs of serious brain injuries and need immediately medical attention. Please do not wait, call 911.

ROI: Give us a final thought?

HS: When in doubt, seek medical attention immediately after a brain injury.