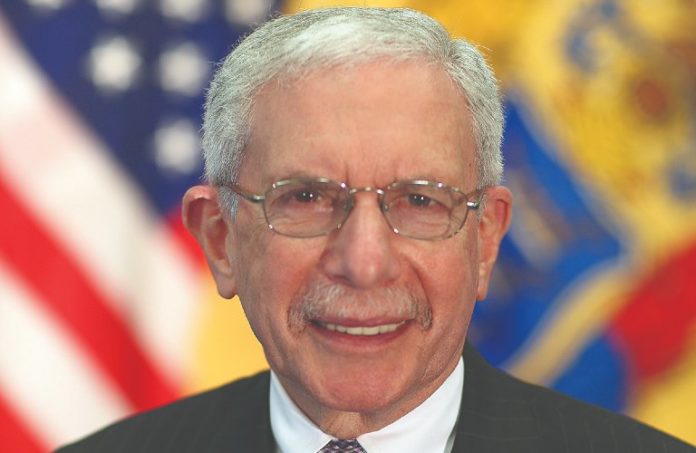 They will report to Joe Kelley, the deputy chief of staff for economic growth, and join a team that includes Corporate Affairs Coordinator Philip Loureiro, among others.

The four started this week.

Gov. Phil Murphy said he was happy to have them aboard.

“Chuck, Dan, Eric and Carolyn are critical additions to our economic growth team led by Joe Kelley,” Murphy said in a statement. “Together, they bring to the Governor’s Office decades of expertise in attracting businesses and development.

“They will serve as key advisers in our administration as we continue to make New Jersey the country’s best destination for high-growth businesses and innovation.”

Here is a closer look at the four.

Richman: He recently retired as executive director of the New Jersey Housing and Mortgage Finance Agency following a long career in New Jersey state government. He will lead the administration’s efforts to review various state development permit processes and devise ways to improve and expedite such interactions with state agencies. The effort will include examining use of new technologies to assist the review and inspection process, as well as working to assist developments of statewide importance through the permitting process.

Over the course of his career in New Jersey state government, Richman has spearheaded policy development in areas encompassing affordable housing, fire safety, community planning, budget development and economic revitalization. Before his 2018 appointment to the NJHMFA, Richman served as commissioner of the DCA, where he had worked for 31 years.

Jennings: He brings 25 years of experience as a real estate and economic development professional to the job. He will focus on key real estate and planning projects throughout the state.

Before joining the Governor’s Office, Jennings was the planning director for the city of East Orange, where oversaw the city’s economic development, land use and community development activities, including a $1.5 billion pipeline of real estate projects.

Earlier in his career, he spent nearly five years in Newark, first as the senior vice president for real estate with the Brick City Development Corp. and then as interim deputy mayor for economic development. In those roles, he helped spearhead $3 billion in new investment, including new offices, hotels, warehouses and residential and retail projects throughout the city.

Brophy: Prior to joining the Governor’s Office, Brophy served as the executive director of the New Jersey Educational Facilities Authority. Appointed in September 2018, he had overall responsibility for the operations of the authority, including statewide debt issuance by public and private colleges and universities in New Jersey, issuance of state-supported debt for higher education and oversight of the administration of several state grant programs

Brophy previously served as co-managing partner at the firm of Diegnan & Brophy, a Monmouth County law firm specializing in business and municipal law.

Cannella: She received her master’s in public policy from Harvard Kennedy School, where she focused on business and government policy and consulted for the Governor’s Office on green economic policy.

She previously worked at VF Corp., where she managed global strategy for two brand divisions, and at Goldman Sachs, where she worked on commodity derivatives and digital projects.

Sherrill, eager to have students back in school, stresses need for...