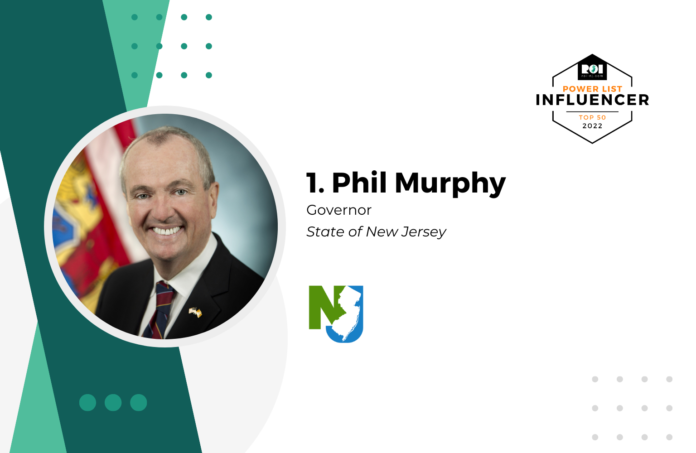 By virtue of the position and the enormous powers that the New Jersey Constitution affords it, the governor of New Jersey is all but a certainty to be in the top spot of the ROI Influencers: Power List — or virtually any power list.

This year is no exception. In fact, with all the powers he has accumulated and used during the pandemic, one could make the case that Murphy, relatively, has more power and influence than any other figure at any other time in New Jersey history.

But that doesn’t mean Murphy’s first year of his second term will be easy.

There are calls for him to pull back many of his COVID-related mandates — even dropping the idea that we remain in this seemingly perpetual state of emergency, one where the governor’s reach over the Legislature is greater than ever. (And the fact that the governor gets to decide this speaks to his power.)

And not all of these calls come from his Republican counterparts.

In fact, more Democrats — fully aware of the significance of the surprising 2021 election results that Murphy has not seemed to fully recognize — would like to see Murphy return his power level to pre-pandemic levels. After all, they view the electorate in a much smaller geographic prism than the governor, who is not eligible to run for a third consecutive statewide term.

Murphy, however, is eligible to run for national office. And, while he has denied interest (the politically correct thing to do for a number of reasons), he remains active in national politics and has started a PAC to help elevate issues he feels are important nationally (you know, the way he did prior to running for governor).

Where this goes, no one knows. But this much is certain: The last governor who started looking beyond the state borders found that his power and influence within them dropped considerably.