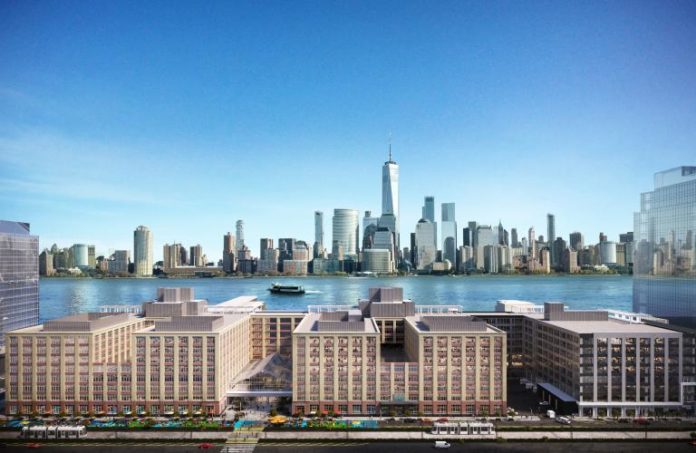 A whole bunch of sports memorabilia is coming to Harborside in Jersey City.

The lease comprises the most office space leased in Jersey City by a tenant since September 2020.

Collectors Holdings will have a select number of staff members at the new location this year, and expects its authentication and grading services at the site to be fully operational in 2023. PSA’s existing East Coast office, based in Woodbridge, eventually will be merged with the Jersey City facility.

PSA’s Harborside 3 space will serve as a robust, efficient grading operation, helping the company to expand and improve upon its authentication and grading services of trading cards, tickets, autographs and more as quickly as possible. As the collectibles industry continues to enjoy rapidly growing enthusiasm across the globe, this East Coast location, which will include administrative and executive offices, will serve as a complement to the company’s longstanding headquarters in Santa Ana, California.

PSA is the largest authentication and grading company in the world.

“We’re incredibly excited about our new space at Harborside and what it means for the evolution of our business,” Collectors Holdings Chairman and CEO Nat Turner said. “Beyond the operational capacity benefits, we see this location as a central driver for our recruitment of top-tier product, tech and business talent from the New York metro area.

“We’re creating an exceptional workplace for the fast-growing collectibles industry as well as a more convenient option for Northeast collectors looking to ship, drop off and pick up submissions.”

“Collectibles is an emerging industry, and we are thrilled PSA recognized the quality of our buildings, coupled with the unique live, work and play value proposition of the Harborside campus, and elected to locate here,” he said.

“Opening our doors on the East Coast, at a location ideally located to several substantial population centers, will not only expand our operations, but also help to significantly boost our daily output and turnaround times,” he said. “We believe this development is a tremendous step forward for the collecting community as we continue to reinvest in our business and deliver the growth that’s been asked of PSA.”