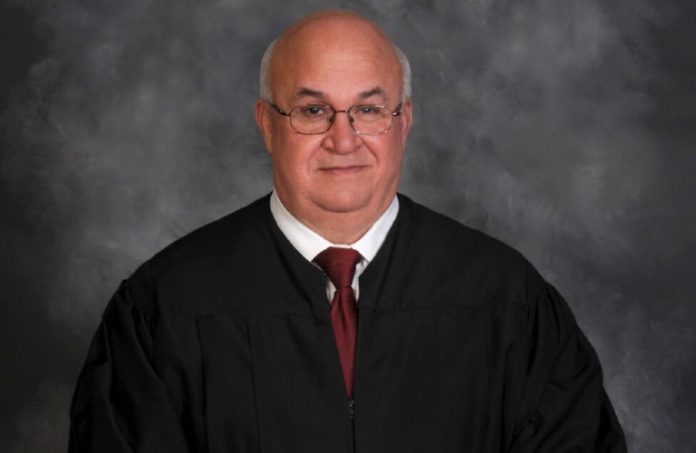 Fernandez-Vina, who was born in Santiago, Cuba, and earned his law degree at Rutgers-Camden, served as an associate justice on the New Jersey Supreme Court from November 2013 until he was forced to retire last month, at the age of 70.

He will work primarily out of the Parker McCay offices in Mount Laurel and Camden, serving clients throughout New Jersey and the Delaware Valley. The more than 100-year-old firm also has offices in Hamilton and Atlantic City.

Parker McCay CEO Philip Norcross was thrilled to welcome Fernandez-Vina to the firm.

“Faustino J. Fernandez-Vina is a pillar of New Jersey’s legal and professional community and is a titan in New Jersey legal practice,” Norcross said in a statement. “I am proud to have this sharp analytical mind and former jurist join our growing team because he represents the best America has to offer and is the epitome of resilience, intelligence and grit.”

Known as “Fuzzy,” Fernandez-Vina was born on Feb. 15, 1952, in Santiago, Cuba. His family escaped persecution by the communist government led by Fidel Castro as a young boy, eventually settling in South Jersey.

He attended Haddon Heights High School, playing football for an undefeated team that went on to win a state championship his senior year. He went on to college at Widener University to play for a powerhouse college football program and was the co-captain of the 1973 team that featured running back and NFL Hall of Fame inductee Billy “White Shoes” Johnson and NFL All-Pro center Joseph Fields.

Fernandez-Vina graduated from Widener with a degree in history before starting Rutgers University School of Law-Camden and graduating in 1978. Before entering private practice, he served as a law clerk to Superior Court Judge E. Stevenson Fluharty.

“Fuzzy is the American dream personified, and we are overjoyed that he will be joining us,” Norcross said.

In 2004, then Gov. James McGreevey appointed Fernandez-Vina to the Superior Court bench. He was the first Latino nominated to the Superior Court from Camden County and sat in the civil division of the Camden Vicinage. He moved to the family division in 2006 and was named presiding judge of the civil division on Feb. 1, 2007. Chief Justice Stuart Rabner named him assignment judge of the Camden Vicinage on Jan. 11, 2012.

Parker McCay Shareholder Steve Goodell, from the firm’s Hamilton office, said Fernandez-Vina will bring a special quality to the practice.

“Justice Fernandez-Vina’s journey is remarkable,” he said. “He has confronted and overcome real obstacles. I know what that’s like, and I’m thrilled he will be able to share his energy and his wisdom with our team and our clients.”

The current Barrington resident can still be spotted at high school football games of his alma mater, Haddon Heights High School, where he played guard and linebacker.