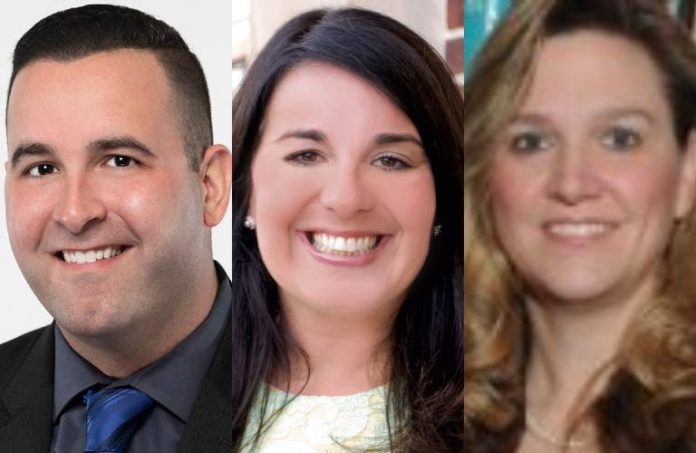 (Editor’s note: The authors are speaking as individuals and not for or on behalf of any board of education of which they may be a member.)

This coalition achieved the historic passage of the 2018 S2 law, which required state aid levels, frozen for over a decade, to be reallocated according to the School Funding Reform Act of 2008 (or SFRA) over the next seven years.

New Jersey’s state aid is finite and must be distributed in a zero-sum manner. Overaided districts received a total of $361 million over their legal entitlement in 2021. S2 requires those dollars be adjusted for a district’s changes in enrollment. If a district’s student population grows, it now gets more aid, and, if it declines in enrollment, it receives less, bringing fairness and equity to the process after years of severe and chronic underfunding.

S2’s gradual improvement means severely and chronically underfunded districts are on a path toward receiving their fair share of state aid. But they are not there yet. Consider:

Despite S2’s improvements, approximately 64% of school districts across New Jersey remain underfunded due to the state’s lingering failure to fully fund K-12 education.

Making matters worse, legislators representing districts that justifiably had state aid reduced due to enrollment declines now want to create a “task force” to revisit school aid determinations. Their end game is to restore aid to superfunded districts under the pretext that SFRA 2008 is antiquated.

Legislators from these districts often claim the formula doesn’t capture modern school expenses, despite the fact that it is lauded as one of the most progressive formulas in the country and is comprehensive and dynamic in response to a district’s student body needs, including costs of free and reduced lunch, English language learner populations and special education costs.

These overaided districts, approximately 36% of all N.J. schools, still receive more state aid than they should. Their opposition to S2’s school funding redistribution is that their aid would be reduced from up to 200% of their state aid entitlement down to 100%.

Districts now experiencing aid reductions from S2 should take cost-saving measures to consolidate operations, reduce administrative overhead and shift priorities to match their decline in student enrollment. They must adapt and restructure themselves with less money so that we can keep property taxes in check while funding our schools responsibly.

The taxpayers of New Jersey no longer can afford to fund these bloated districts that have continually done nothing to reduce costs while student enrollment declines. Monroe, Kingsway, West Deptford and Lindenwold had to learn to do more with less over the years. These districts need to learn to do the same.

We should insist upon equity and fairness so that all schools receive their full funding, and taxpayers in long-suffering school communities like Monroe, Kingsway, West Deptford and Lindenwold will not tolerate anything less. Our schools are finally receiving state aid in a fair and equitable distribution by a formula that makes sense for everyone.

Any “task force” recommendation resulting in some districts receiving less than their fair share of state aid while other districts receive funding for students no longer enrolled must be rejected. The principle that all of New Jersey’s students are worth 100% of their state aid must not be abandoned when we are so close to rectifying school funding injustice once and for all.