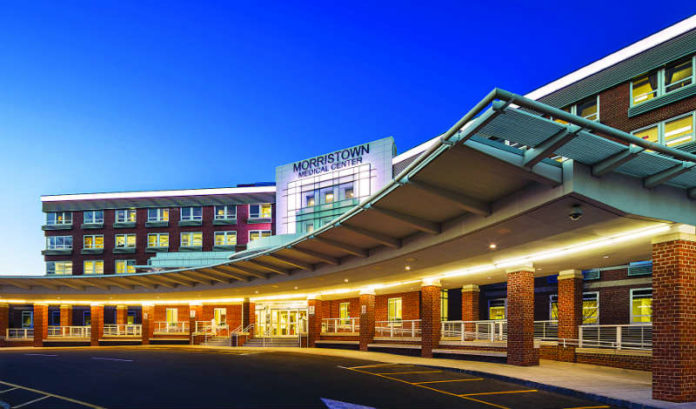 Morristown Medical Center was named the top hospital in New Jersey by Newsweek for the fourth consecutive year, the media company announced Wednesday.

Morristown, part of Atlantic Health System, was rated No. 46 in the country — one of two New Jersey hospitals to make the Top 100. Hackensack University Medical Center, part of Hackensack Meridian Health, was ranked No. 57 overall.

The rankings were part of Newsweek’s massive World’s Best Hospitals list, which ranked the leading hospitals in 27 countries — and the 250 best overall. Morristown, the only New Jersey hospital on the world list, was ranked along with 99 others in the No. 151-250 category.

The media company ranked 420 hospitals in the U.S. (among the more than 6,000). Seven N.J. hospitals earned that distinction:

Dr. Trish O’Keefe, president of Morristown Medical Center, said the hospital was honored to be on the list. She saluted the staff.

“We are fully committed to delivering the highest-quality medical care for our patients every day,” she said. “To be recognized on a global scale is a tribute to the dedicated team of physicians and professionals and all those who work at our hospital.

“Even as COVID-19 profoundly changed how we care for our communities, what remains steadfast is our focus on clinical excellence, quality and extraordinary patient care. We strive to bring the most innovative advancements in medicine, resulting in the best possible outcomes and personalized positive experiences.”

The Mayo Clinic, Cleveland Clinic and Mass General were ranked as the three best hospitals in the world. Johns Hopkins and UCLA made the Top 10 of the world list.

The World’s Best Hospitals 2022 ranking is based on responses to an online survey sent to nearly 80,000 medical experts — mostly physicians, but also hospital managers and other health care professionals, in 27 countries. Every hospital in each country was rated by a score, which is based on recommendations from medical experts, available hospital performance data and patient satisfaction, such as results from patient surveys.

The countries were selected based on multiple comparability factors, such as standard of living/life expectancy, population size, number of hospitals and data availability.

NeurAbilities has ‘help wanted’ sign out, as demand for its...

On the bubble: Psychology practice pivoted during pandemic to become experts...