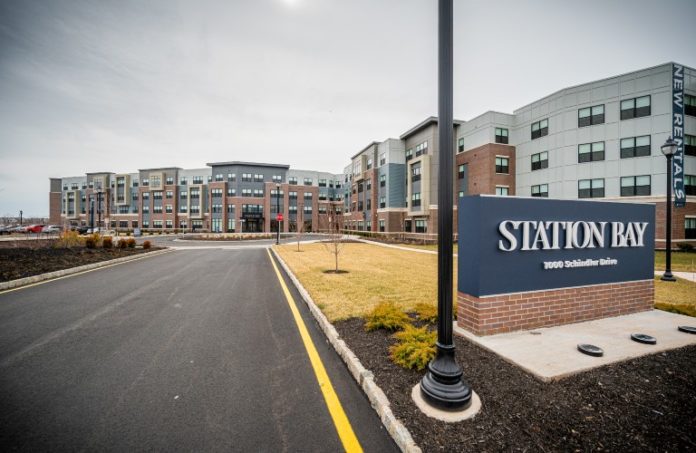 Station Bay, a new luxury apartment community in South Amboy on the Raritan Bay waterfront, has opened, according to a Tuesday announcement from BNE Real Estate Group.

As the first phase to open within a multiphase, $500 million redevelopment project, Station Bay brings a new generation of development for South Amboy, a popular suburban destination that’s expected to see considerable growth upon the arrival of a new ferry terminal that will provide direct access to New York City.

Township officials from South Amboy, including Mayor Fred Henry, joined executives from BNE a a ribbon cutting last week to commemorate the completion and opening of the property.

“From the very beginning, we shared in BNE’s vision to transform what was once vacant industrial land into a waterfront destination that would bring much-needed rental housing to South Amboy,” Henry said. “It’s very important for us to pursue new developments such as Station Bay, which provide attractive housing options and amenities that improve our city. Now that Station Bay has opened its doors, we’d like to extend a warm welcome to the newest members of our incredible community.”

“With the opening of Station Bay, South Amboy’s waterfront has emerged as a prime destination for those looking to combine the best that New Jersey has to offer with convenient access into New York City,” said Jonathan Schwartz, partner at BNE Real Estate Group. “Having experienced incredible demand for these residences, we are proud to stand alongside South Amboy officials to commemorate the official opening of the first phase of this important, transit-oriented redevelopment project.”