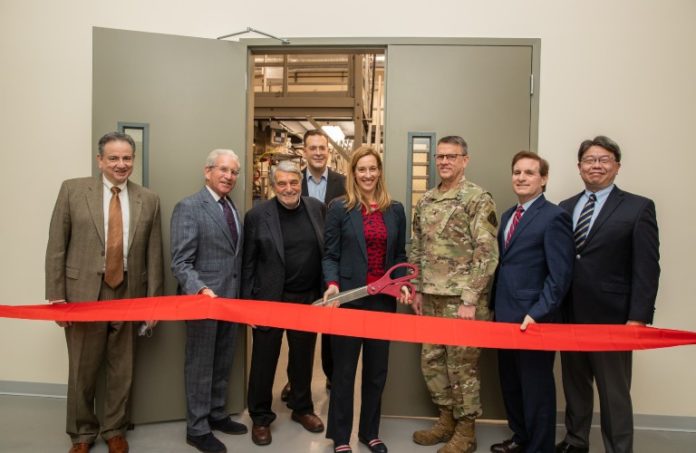 A new pilot plant in New Jersey that’s developing new processes for producing munitions and components has become the sole source of foamable celluloid in the U.S., according to an announcement from New Jersey Institute of Technology.

Previously, the U.S. relied on foreign sources of foamable celluloid, such as in China. Developing this capability domestically will reduce the time and cost of production. Indeed, the 16,000-square-foot plant, in Fairfield, is expected to help slash the cost of producing disruptive energetics and propellants by hundreds of millions of dollars, according to the Joint Munitions Manufacturing Technology Group.

The facility is run by the Polymer Processing Institute, which is based on the campus of NJIT in Newark. PPI and NJIT are partners in JMMTG, which also includes the U.S. Army Combat Capabilities Development Command Armaments Center, based at Picatinny Arsenal.

“In New Jersey, we have all the ingredients we need to make ourselves the defense innovation hub for the Northeast,” said Sherrill, speaking earlier this week during an opening ceremony at the plant, which is in her district. “We have fantastic companies that are pushing the boundaries on everything from advanced energetics for munition to aerospace controls.

“We have some of the top research institutions in the world, including … NJIT. And we have Picatinny Arsenal, which is such a crucial pillar of the U.S. military’s modernization efforts.”

For Bloom, the plant exemplifies a core service mission of NJIT and its nonprofit corporation, the New Jersey Innovation Institute.

That assistance, he added, takes the form of everything from sharing science and technology knowledge to conducting research and preparing the workforce.

It’s time to roll back tariffs on steel, aluminum

A push to market manufacturing jobs — to N.J. residents