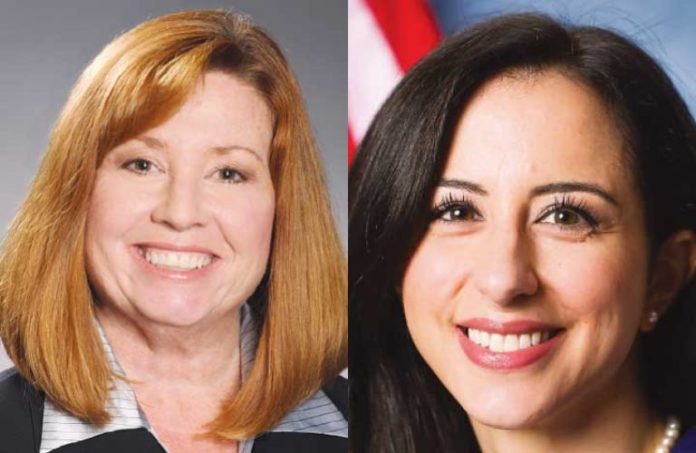 Kathleen Coviello, a longtime leader at the New Jersey Economic Development Authority, is being promoted to chief economic transformation officer, and University Hospital executive Mary Maples is joining the EDA in the newly created role of chief strategy officer, the organization said.

The appointments will be announced Friday. Coviello will transition into her new role immediately; Maples will join the EDA later this month.

EDA CEO Tim Sullivan said he was thrilled to be able to make the announcement.

“I’m thrilled they will be taking on these leadership responsibilities and helping to lead the charge, alongside the rest of EDA’s senior leaders, in implementing Gov. (Phil) Murphy’s vision for a stronger, fairer, more resilient, more innovative and more diversified New Jersey economy.”

Coviello, who was elevated to the EDA’s Executive Committee last year, has been with the EDA since 2005, serving in a variety of roles. She was serving as executive vice president for technology, life sciences & entrepreneurship — leading many of the EDA’s groundbreaking innovation initiatives. Last month, she was named to the ROI Influencers: Power List.

Maples will oversee the EDA’s real estate and infrastructure teams, as well as the EDA’s partnership with the Fort Monmouth Economic Revitalization Authority. She will be responsible for the EDA’s strategic planning and program evaluation efforts. She also will join the EDA’s Executive Committee.

At University Hospital in Newark, Maples has served as chief legal officer and corporate secretary since 2018. Prior to working at the hospital, Maples served as deputy chief counsel and director of the governor’s authorities unit.

She began her career in government working for more than 11 years at the Central Intelligence Agency, initially specializing in internal investigations before joining the Office of General Counsel.

The moves come at a time when the EDA is busier — and more impactful — than ever, overseeing dozens of new programs related to both relief from the COVID-19 pandemic and the New Jersey Economic Recovery Act of 2020.

“Under Gov. Murphy’s leadership, the EDA has made extraordinary progress in our efforts to enhance the state’s competitiveness, invest in our communities and catalyze a fairer and more equitable recovery from the COVID-19 pandemic — all of which are driven by the dedication and commitment of our team,” Sullivan said.

Earlier this year, Brian Sabina, the chief economic growth officer, announced he will be leaving the organization in mid-March for a family opportunity in another state. These moves are part of the transition.

“I would also like to thank Brian Sabina for his outstanding contributions to the EDA and Gov. Murphy’s economic strategy — he is leaving a legacy of incredible accomplishments in making New Jersey’s economy more competitive and positioned to be a leader in new industries,” Sullivan said.

“We are fortunate to have both a deep bench of leaders and the ability to attract extraordinary talent to our team.”

Murphy says we’re closer to Stage Two, which is opening of...