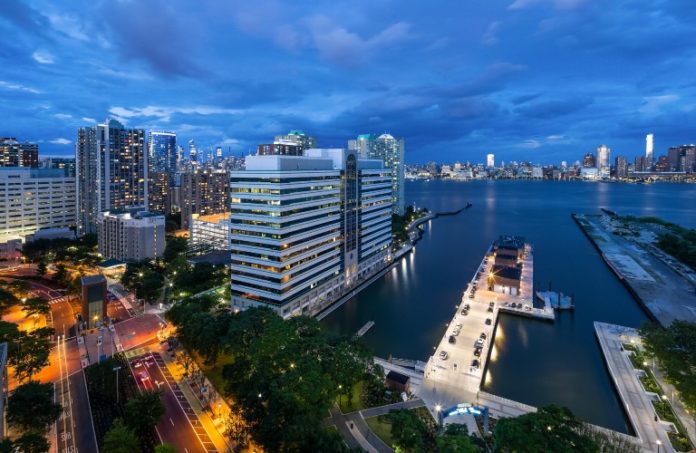 The project by Newport developers LeFrak that would sit on the Jersey City Waterfront has been adjusted prior to a special Jersey City planning board meeting March 15.

According to what was first reported by the Jersey Journal, the board will decide later this month whether four residential high rises with 1,723 units will go up at 2 Sixth St., on a pier less than a mile from the Holland Tunnel.

LeFrak originally presented a plan with five residential towers pre-pandemic; however, residents and local officials expressed concerns, causing the developers to return to the drawing board to be more “community-friendly.”

“Newport is creating a new microresidential neighborhood where residents will live and enjoy the best of Jersey City. We have listened to area residents as well as planning officials and are confident our proposal addresses the concerns and comments they have raised,” Jeremy Farrell, managing director, Newport, told ROI-NJ in an email.

“Specifically, we have reduced the number of buildings and considerably reduced the number of units. We have shifted massing and added more at-grade open space. We are excited about taking a long vacant industrial area and breathing into it new life in a way that benefits the broader neighborhood,” Farrell continued.