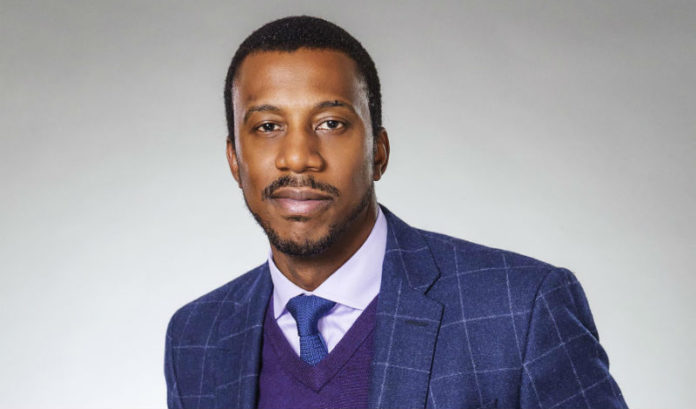 Rodney Priestley, the highly regarded vice dean of innovation at Princeton University, has been selected for an even bigger role at the school: dean of the Graduate School.

Priestley, the Pomeroy and Betty Perry Smith Professor of Chemical and Biological Engineering, will begin in the role June 1.

In this role, Priestley not only will oversee the nearly 3,000 students enrolled in the Graduate School pursuing master’s and doctoral degrees in 42 department and programs, but he will be tasked with leading the Graduate School through a period of growth, new investment and an invigoration of its mission.

“Rod Priestley is a superb scholar, a dedicated teacher and a proven administrator,” he said. “He cares deeply about graduate students and graduate education, and I am confident that he will lead Princeton’s Graduate School with distinction.”

Princeton is making a big push toward elevating its graduate school programs.

The school recently began construction of its Lake Campus development, where new facilities will house more than 600 post-docs and graduate students, allowing Princeton to offer housing to all its graduate students.

After the initial phase of development is complete, the Lake Campus development will provide potential sites for locating world-class scientific facilities, enabling the university to strengthen the region’s innovation ecosystem and creating opportunities for academic partnerships with nonprofit, corporate and government sectors.

The university also recently announced it will increase graduate fellowship and stipend rates to help better attract and retain the best graduate candidates from all backgrounds and from all over the U.S. and the world.

And among Priestley’s priorities as dean will be to sustain the Graduate School’s progress in diversifying the graduate student population and cultivating a more inclusive and welcoming environment; broadening professional and career development offerings through GradFUTURES; and innovating in the humanities.

A search committee, chaired by Provost Deborah Prentice and composed of faculty members and graduate students, proposed the selection of Priestley, a leading researcher in complex materials and processing.

Priestley will report to Prentice.

“Rod will make a wonderful dean of the Graduate School,” she said. “He is a committed educator, a creative problem-solver and an empathic listener and observer. I expect that he will flourish in this role.”

Priestley, who earned a B.S. in chemical engineering from Texas Tech University and a Ph.D. from Northwestern University, joined the Princeton faculty as an assistant professor after completing a postdoctoral fellowship at École Supérieure de Physique et de Chimie Industrielles in Paris. Priestley became an associate professor in 2015 and a full professor in 2019.

Priestley said his academic journey led him to this role.

“My interest in becoming dean of Princeton’s Graduate School originates with my own personal experience of graduate school,” he said. “The mentorship, encouragement and support I received has enabled every goal I have reached throughout my career. My advisers’ belief in me has always inspired me to give back to others to whatever extent possible.”

“I’m really excited to be able to serve a wide range of graduate students, and hopefully impact their graduate education in a manner that they have an experience that’s as good as the one that I did,” he did.

Priestley’s predecessor, Sarah-Jane Leslie, the Class of 1943 Professor of Philosophy, stepped down as dean in July 2021 after serving more than three years in that position to return to the faculty. Cole Crittenden, deputy dean of the Graduate School, has served as acting dean in the interim.