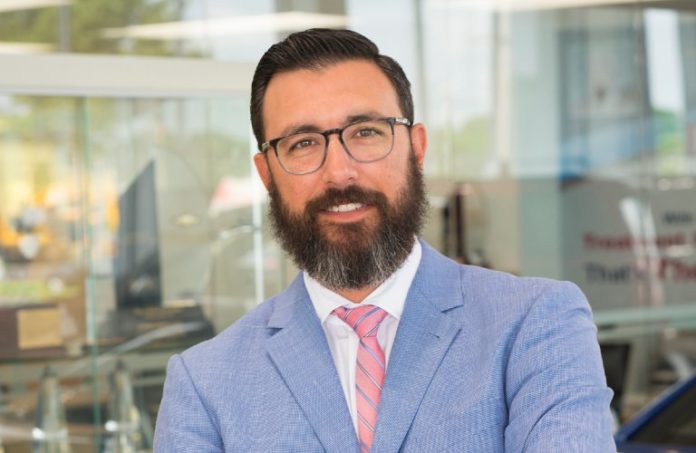 There’s luck involved in carrying a family business legacy on longer than three generations — Robert Sickel, owner of Pine Belt Enterprises Inc., operates under no illusions about it. And there’s always the possibility that luck will run out.

The luck began with his father, David Sickel, deciding to take over the business from his own father, Leon Sickel, who founded the auto dealership before World War II, paused the business to go overseas to join the fighting in Europe, and returned to run it until 1979; and he was willing to rebuild (instead of just calling it quits) after a fire in 1985 burned down the entire operation.

The luck is also in Sickel wanting to take up the mantle after his father, continuing a legacy of Lakewood business owners first established by his great-grandfather, owner of a downtown liquor and grocery store. Sickel has a brother who decided he wanted to be a schoolteacher and track coach instead.

“And I just wanted to follow in my father’s footsteps,” he said. “That’s the only reason we’re here today. So many times, you have a parent who doesn’t want their children to be in their line of business, or the child just has interests different from the parents.”

Sickel has two sons, ages 12 and 14, who want to be pilots and Major League Baseball players (which Sickel might note he also maybe once aspired to, as well). Whether they’re going to be eager to be next in line to run two affiliated organizations operating multiple car dealerships across Lakewood and Toms River …

It’s to be determined, Sickel said.

“I think it could be a possibility they don’t,” he said. “As the generations go on, I believe the chances of succeeding get slimmer and slimmer. Once you get to fourth, fifth or sixth generations, it’s all a very low, but steady, percentage.”

A majority of family-owned businesses don’t successfully transition even into a second generation. The average life span of one of these businesses, according to EisnerAmper leader and family business expert Matthew Kerzner, is just 24 years.

Once you get the torch-passing into fourth generations, research shows less than 5% making a successful handoff.

Still, Sickel holds some hope that his Gen Z sons, part of the largest generation in American history, might be able to beat the odds. Because he’s well aware of how different generations of family business owners can develop blind spots in a changing business climate.

“They will understand things in the digital world that perhaps I wouldn’t,” he said. “I’m 43 years old and I sort of straddle that gap. I started in an analog world and ended up in a digital world. My father, who is 73, doesn’t own a computer or a cell phone today, which seems outrageous. But that was actually a big factor in him deciding to retire and allowing me to move forward with my journey.”

His father’s appraisal of “that whole internet thing” years back? Nothing that’ll ever take off.

Bad bet. Now, there’s nothing more crucial in the dealership business than digital advertising. That was true before the spread of COVID-19 shut down auto dealers and other retailers, but forgoing the dealership lot prowl and hands-on test driving for an all-online experience is more of a trend now.

“And, really, who knows what the future might bring,” Sickel said. “There’s going to be a time where my understanding of the digital situation is not as clear as it needs to be. That’s where I might need hopefully both of my sons — or just one of them — to pick up the ball.”

The pandemic has Sickel contending with decidedly unlucky trends, including the microchip shortage that’s throttling inventories of cars around the world. At one of his Chevy dealerships, he might usually have 500 new vehicles on the lot at any given time, but that number hangs at 10 now.

Along with the empty lots has come skyrocketing costs in the used vehicle market. Constant no-shows for job interviews at his business speak to the hiring troubles that have been an all-industry woe. Add to that Ukraine-Russia conflict and how that might affect market uncertainty … there’s just more to worry about.

Regardless, Sickel is pleased with the direction of the business. And, when it comes to keeping that business family-owned after his time, he’d be thrilled if it happened — but he doesn’t want to pressure his kids into it. He wasn’t pressured by his own father, he said.

Sickel puts in a lot of hours, and a lot of community service as well. That’s why his business is a New Jersey nominee for the TIME Dealer of the Year Award. It’s part of the rewarding good times — the sort that outweigh the bad times.

And that’s what he tries to convey to the (still very much potentially) next-generation owners of the business.

“I just try to show my children what can come of it if they do decide to run the business,” he said. “I enjoy my life and what this business has afforded me the opportunities to do since taking it over. And I hope to do the same with my kids, as well.”