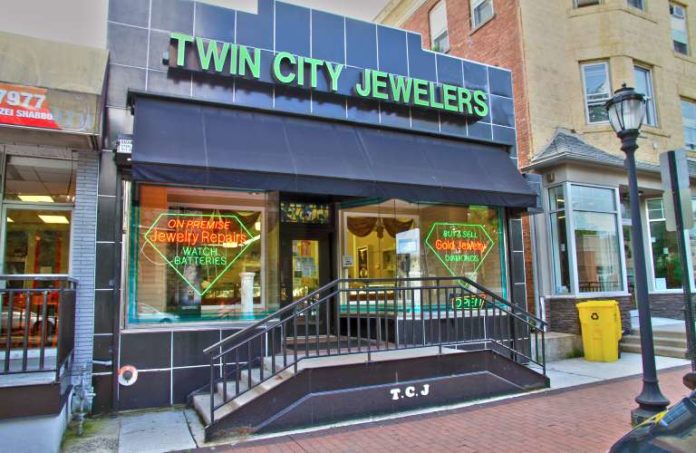 There are 32 teeth in an adult’s mouth. And Tommy Calabro knew how to carve each one of them out of wax to absolute anatomical perfection.

Perfect enough to make something of a hustle out of it.

As he was making his way through dental school, Calabro made money helping incoming students tasked with creating their own working models of teeth. It combined two things he was good at: sales, and the incredibly precise handcrafting skills required of jewelers.

Those two abilities still serve him well today as owner of Twin City Jewelers … even if the dental school didn’t pan out. The jewelry shop has become a local staple in Lakewood, where it got its start 40 years ago, and Howell, where Calabro has now expanded the family business.

The Lakewood location was where Calabro (literally) cut his teeth from a young age. He took an early interest in jewelry work in what was at the time his uncle’s store after spending summers there sweeping floors, cleaning counters and shoveling snow.

“I started goldsmithing when I turned 15,” Calabro said. “My uncle had bought a goldsmithing bench and set it right next to his. And I spent the next few years learning the art of stone-setting and goldsmithing.”

He attended high school, he studied at Georgian Court University, he took a job as a chemist and he decided he wasn’t cut out to be one before enrolling in dental school. Throughout it all, he worked in the jewelry shop.

At every stage of his life, he was steadily improving at the trade and learning more about the ins and outs of the business. But taking over as owner of the now second-generation family-owned business was more something he fell into than something always planned to do.

“(My uncle) took ill when I was halfway through dental school, and we didn’t know how ill he was at the time,” he said. “He asked me if I would help him run the store when (he was) in the hospital while receiving treatment for cancer. I talked it over with my wife, and we agreed that, since he had done so much for me, it was the right thing to do.”

Calabro, after taking a leave of absence from dental school, was running the store full-time when his uncle ultimately succumbed to his disease. Calabro was left with a small ownership in the store, and, in 1992, decided, once more with his wife, to purchase the other ownership stakes from his uncle’s other heirs.

That meant he had to give up on the dental dream — if you could call it that.

“Honestly, I haven’t looked back,” he said. “I was more of a people person anyways, and dentistry is not that kind of career. So, this — talking to people every day, sitting on local boards, being in a small town where you get to know everyone — suited me.”

Under Calabro’s watch, the business has added more locations — while still serving the Lakewood community that has come to be shaped largely by Beth Medrash Govoha, the country’s largest Orthodox Jewish yeshiva, or educational institution — and increased its gross sales every year.

“My uncle was complacent with the level he had taken the business to,” he said. “Of course, the young guy always wants a little more, a little better. So, we’ve expanded the services we offer and added probably 100 times the inventory, maybe more than that, from when my uncle owned the store.”

That inventory swelled with Calabro’s and his team’s custom jewelry creations during the initial store closures of the pandemic. They kept busy with the expectation that they’d have to have products for a reopening Calabro hoped would bring in more business than ever.

And, according to Calabro, the holiday season after the shutdowns … brought in more business than ever.

Over three decades of running a jewelry store, Calabro has fought tooth and nail to keep the business legacy his late uncle established relevant. And, so far, it’s working.

“There’s really no secret to success here; it’s a constant work in progress,” he said. “Running a business without changing based on what happens around you is no way to survive anyways.”

News you can use: When local media outlets go dark, everyone...