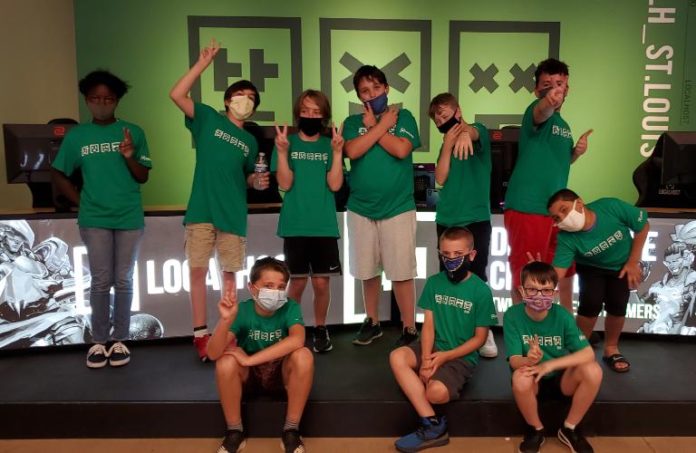 Like most millennials, former college soccer coach and current esports industry worker Ben Beaver grew up with a reliable cast of characters: Mario, Sonic and Kirby. He also retained a fondness for the video game icons whose introductions timed perfectly with a formative period in his life.

If you’re looking for the reason esports is a phenomenon worth paying attention to over the next decade … that’s a good place to start.

“You have people who grew up with (these characters), who understand how fun video games are, that they don’t rot your brain … and that generation of kids are becoming parents,” Beaver said. “If you think back five or 10 years, most parents hadn’t really experienced gaming when they were kids. They maybe didn’t see the value of it.”

As the first generation of gamers passes an appreciation for gaming — and, for that matter, esports — off to coming generations, the sector’s future appears bright to Beaver, who runs youth camps and programming at national esports business Nerd Street Gamers.

“In fact, I think it’s maybe (this industry) hasn’t even fully taken off yet in the way it will in the next five or 10 years,” he said. “Gaming isn’t going anywhere.”

Andrew Weilgus, who was hired in December by the first esports-focused innovation center on a college campus, at Stockton University, said that, even now, the industry is upping the ante. He pointed to valuation of esports teams that match those of National Hockey League teams, and video game tournaments with $40 million prize pools.

At Stockton University, esports teams — comprising upwards of 700 students at the school — compete in games through the Eastern College Athletic Conference and other leagues. Meanwhile, the more casually-minded gamer community has grown by leaps and bounds over the past decade — and surged higher during the pandemic.

“So, we know the passion is there,” Weilgus said. “We know there’s a massive amount of young men and women who are gaming. But do they have the skill-sets necessary to get a job after graduation in the esports space, at a somewhere like Microsoft or Amazon?”

The Esports Innovation Center at Stockton University was established with the goal of making sure that there’s workforce development opportunities for the esports industry in the state’s higher education system. The center, which is funded by the New Jersey Economic Development Authority, launched Jan. 3.

What’s not going on there: training the next star esports gamer.

“The Yankees are a massive organization — but there’s only a small number of guys on the field,” Weilgus said. “Esports is a massive industry, but there’s just a small percentage of professional gamers. Still, we can teach young men and women about the connected jobs in marketing, event planning, coding and even supply chain management.”

This novel subset of the technology industry offers multifaceted job opportunities, Weilgus added — and, he might also add, job opportunities that could end up largely centered in New Jersey.

“Part of that is making sure New Jersey is in a position to attract companies that have synergies with esports in the existing gambling space,” he said, adding that, “(The) intersection between the two means a lot to the Atlantic City casino market, and the general South Jersey economic base.”

C.J. Fisher, partner at Fox Rothschild LLP and co-chair of the firm’s gaming practice group, is sold on the state’s leading position in the sector between the new initiative at Stockton and January 2020’s esports betting bill, or A637, which expanded the definition of betting-eligible sporting events to fit in this new category.

“I see a lot of potential for the esports industry in the state and, more specifically, the gaming industry,” he said. “The reason for that is esports is not just popular in the United States, but globally. And, globally, it’s arguably as popular as traditional sports.”

The popularity of sports betting has exploded in the past few years, and Fisher expects that same trajectory will be mapped onto esports betting, as more jurisdictions allow it — albeit at a somewhat slower pace.

“Some jurisdictions have hesitated to allow these events to be wagered on due to the relatively new nature of this industry, while sports betting has been around in some form forever,” Fisher said. “There’s a couple reasons for that hesitancy, such as concerns over integrity and match-fixing, that I’m not sure are valid.”

There are groups such as the Esports Integrity Commission that have been created to address some of those concerns, Fisher noted.

“But, one of the things dealt with in other jurisdictions is questions of the integrity of the league, as well as the self-regulation of them, whether the players are truly professional athletes, the age of athletes, whether the games are truly games of skill and whether they are able to be manipulated on the technology side,” he said.

When it comes to the legal sector, esports is still a niche. Kleiman only has one client currently involved in it. And, he’ll admit, a lot of the appeal of the betting side of the sector is foreign to him.

“But, I also recognize there’s a whole demographic that spends a lot of entertainment time either watching others play video games or doing it themselves,” he said.

Devon Corneal, an assistant dean for domestic compliance and programming at Seton Hall Law School, said the data just isn’t there yet to tell what problems might come up in an activity only made legal back in 2018.

It seems as though the business of esports, Corneal and others are convinced, will end up resembling sports and sports betting in the Garden State in the coming years.

“It’s a whole new world,” she said. “But, because it is so new, there’s still a lot more questions and things to consider than there are trends or real markers right now.”

When a diverse group of Philadelphia kids crammed into frenetic circles to collect each others’ gamer tags — identifiers they could use to keep in touch online — at the end of an esports training camp that served as a pilot program for the company Nerd Street Gamers. …

Well, it was proof enough of a successful run for Ben Beaver, senior event manager of camps and youth programming at the national operator of esports training centers.

“The feedback we got from parents, as well as campers, was honestly very positive,” he said. “We created a camp product that families really enjoyed, which gave us the confidence to do all the summer camps we’re planning on doing this year, including our North Brunswick location.”

This summer, “Camp Localhost” in North Brunswick is marketing the potential to help young gamers build healthy habits both on-screen and off during a weeklong in-person experience. It accompanies a larger national rollout of these camps hosted by Nerd Street Gamers, in partnership with US Sports Camps.

They’re not the only ones finding opportunity in taking an esports angle to the youth sports camp business model.

“You have a lot of college programs, such as UC Irvine, that run their own camps and have become really successful,” he said. “I think the biggest difference for us is we’re a game-agnostic camp, so we’re not just limiting ourselves to popular titles such as Fortnite, Valorant or League of Legends.”

Beaver added that, although it might sound cliché, this is very much the Wild West still. Everyone is still trying to find their niche. Everyone’s looking for the best way of approaching this business.

And the experimentation isn’t over for Nerd Street Gamers. They’re going to be testing after-school programs similar to camps in the fall that cater to a younger demographic.

Although he couldn’t talk specifics, Beaver added that the company will also be partnering with some universities, including Seton Hall University, on a different type of summer camp model soon.

“Overall, there’s a lot of exciting things for esports happening in New Jersey,” he said. “And, the way we look at it, a rising tide lifts all boats.”