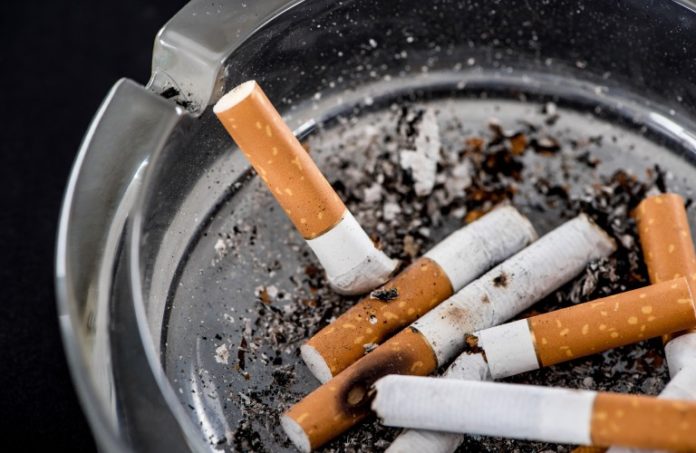 Re-lighting a cigarette. The practice of smoking – extinguishing your cigarette – and then relighting it to use it again. It happens more than you think. Its impact is not as clear.

Is it more dangerous to your health than simply smoking one cigarette at a time already has shown to be? Is the practice of re-lighting more prevalent in certain communities – thus increasing their health risks?

And, instead of asking: ‘How many cigarettes do you smoke a day?’ should health officials be asking, ‘How many smoking sessions do you have a day?’ and change their recommendations based on the new data?

Rutgers researchers are seeking the answers to all those questions.

The Center for Tobacco Studies at Rutgers recently received a $2.6 million grant from the National Cancer Institute to evaluate cigarette relighting, as well as its consequences on health and efforts to quit smoking.

The four-year study, titled “Evaluating Cigarette Relighting Behavior: Prevalence, Correlates, Toxicant Exposure, and Implications for Cessation,” will look at a variety of factors in over 6,000 adults ages 21 and older throughout the United States.

The grant was awarded to three doctors associated with the center:

Irina Stepanov, Mayo Professor of public health in the division of environmental health sciences and director of Institute for Global Cancer Prevention Research, Masonic Cancer Center, at the University of Minnesota.

The team of researchers in this study will look to determine if income, education, employment status, or other factors make a smoker more likely to engage in relighting behavior. Researchers will also examine what the health implications of relighting are, how the behavior may play a role in a smoker’s treatment protocol, and how it may affect a person’s ability to quit smoking.

There are three phases of the study.

The first includes a national survey of smokers that will investigate relighting behavior, determine how common a habit relighting is, and what demographic and other factors may play a role in the behavior.

The second will look at biological factors, such as levels of toxins found in relit cigarette smoke and the topography of smoking. Topography of smoking is the way in which people smoke cigarettes and includes measurements such as the number of puffs per cigarette, how deeply people inhale, and how many sessions it takes to smoke a single cigarette. This will be examined through a lab study involving participants at the University of Minnesota conducted by Stepanov.

The third will collect information about how the behavior may impact types of treatment in smokers who relight and how it affects the success of patients who are trying to quit smoking.

“We will be surveying patients about their relighting behavior, their attempts to quit, and what medications they are using because we think relighting may be associated with difficulty in quitting,” Heckman said.

The Rutgers Tobacco Dependence Program, as part of the Center for Tobacco Studies, has been providing treatment to nearly 10,000 tobacco users in New Jersey and beyond since 2000. Through this work, Steinberg and colleagues at TDP noticed that a significant number of smokers, nearly half of their patients, were relighting their cigarettes.

Heckman said the study may help determine if the current metric at which smoking exposure is measured is the most accurate. According to Heckman, this study may help medical professionals determine whether current national surveys and treatment protocols underestimate the exposure patients are experiencing.

Steinberg said it could lead to treatment changes.

“We dose our medications based on how many cigarettes are smoked a day and use that as a marker of how dependent people are,” he said. “If it turns out that we are getting an underestimation of how dependent someone might be, we might underdose their treatment and that might make it more difficult for people to quit smoking.”

Saint Michael’s is only hospital in N.J. to make Fortune/Merative 100