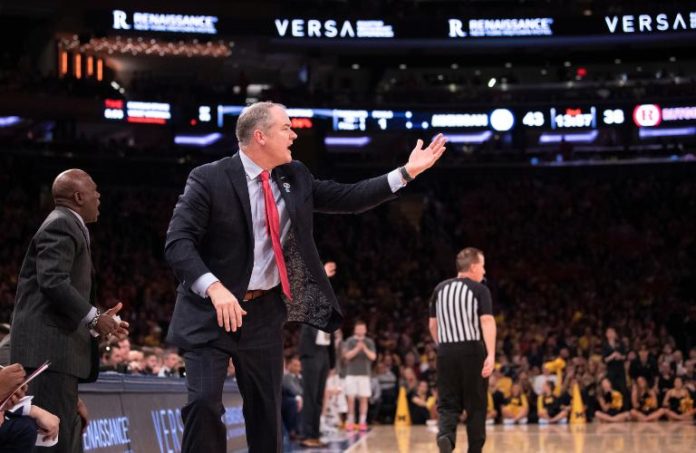 Hours before the men’s basketball team was set to take the court in the quarterfinals of the Big Ten tournament — and days before it is expected to receive its second straight bid to the NCAA Tournament, Rutgers University announced it has given its head coach, Steve Pikiell, a four-year contract extension.

The extension will keep Pikiell at the school through the 2029-30 season. Rutgers fans should hope he never leaves.

“What Steve Pikiell has accomplished here ‘On the Banks’ is nothing short of extraordinary,” Director of Athletics Pat Hobbs said.

That’s not an overstatement.

When Pikiell arrived in 2016, he came knowing that Rutgers had not been to the NCAA Tournament since 1991. This year’s expected bid likely would have been the school’s third straight invite, with the school all but certain to have received a bid in 2020, before the COVID-19 pandemic cancelled the event.

This year, Rutgers started out slowly but closed with a rush. In fact, it earned a “double bye” for the Big Ten Tournament as the No. 4 seed — easily the highest seed the school ever has had.

Pikiell, in a statement, said he was delighted to get the extension.

“I love it here,” said Pikiell. “Rutgers has embraced me and my family since Day One, and there is no other place I want to be.

“Pat Hobbs and President (Jonathan) Holloway share in my vision to make this a program that everyone can be proud of, and I am thankful for their leadership. We have been able to accomplish great things in the past six years, and that is not possible without having the best coaching staff and best student-athletes in the country.

“It is an honor to be the head coach at Rutgers and to do it in the toughest conference in college basketball. I look forward to continuing the hard work to bring RU a national championship.”

Holloway and Hobbs returned the compliments.

“Coach Pikiell has brought the kind of values and vision to Rutgers that would make any parent proud to have their child be mentored, challenged and coached by him,” Holloway said. “His victories on the court are second only to his success as a leader. I’m glad that we will have him courtside for Rutgers for the foreseeable future.”

Hobbs said Pikiell is a leader on and off the court.

“His leadership is driving success for our young men on the court, in the classroom and, ultimately, in life,” he said. “That’s what great coaches do, and this extension ensures that Steve, Kate and their family will be at Rutgers for years to come. This is well deserved.”

Pikiell has led the Scarlet Knights to a 33-27 Big Ten regular season record over the past three seasons. RU was just 16-76 in its first five years in the conference prior to Pikiell’s arrival.

Rutgers has won double-digit conference games in the past three consecutive seasons, only the second time doing so in program history. This year, Rutgers won 12 Big Ten Conference games, the most since joining the league.

7 in N.J. named among America’s Top Corporations for Women’s Business...