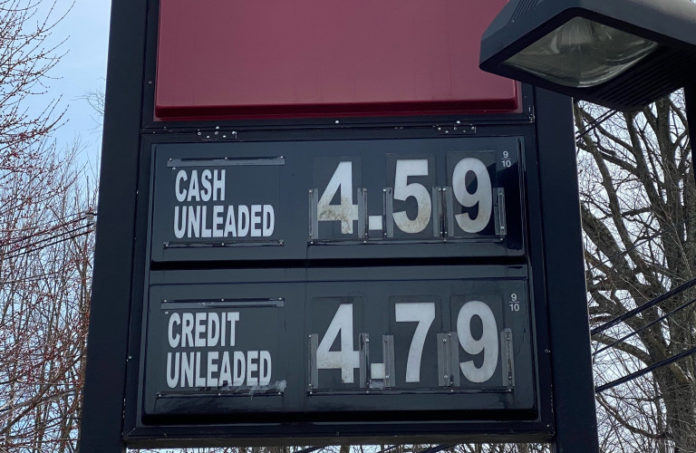 As the business manager for the International Union of Operating Engineers Local 825, Greg Lalevee obviously is a union guy.

And suspending the 43-cent gas tax — for a week, for a month, for a year — obviously would be bad for union workers working on the numerous jobs that have been created by the state replenishing the Transportation Trust Fund.

Lalevee, however, always thinks about the needs of the state as a whole first.

And there are plenty of reasons suspending the gas tax is a bad idea in that lens, too.

Not only will infrastructure projects be put on hold, but the state’s credit rating could get hurt, too, Lalevee said.

“Gov. (Phil) Murphy was very proud about talking in his budget speech about the first Moody’s upgrade in 40 years to New Jersey’s credit rating,” he said. “Well, if we suspend the gas tax, there’s $900 million of Transportation Trust Fund debt that you’ve now told Moody’s you cut the revenue source for.

“How do you think they are going to react to that? My guess is that it won’t be positive.”

As the chief lobbyist for the NJGCA — the trade association representing small business members in the petroleum retail, gasoline service station, auto repair and convenience store industries — he doesn’t want to see a suspension of the gas tax, either.

And his members don’t benefit — or get hurt — either way.

“It’s just not a smart move for the state financially,” he said. “We need the projects that come out of the trust fund. It would hurt the state.”

The pull, however, is strong.

Some estimates say it will save the average driver approximately $100 a month, depending on how much they drive. That’s a potential savings of $1,200 a year.

Risalvato has other ideas if you want to help consumers.

It starts with self-serve gasoline.

“If we approved self-service gasoline today, I can guarantee you that consumers will see a 15-cent price decrease tomorrow — guarantee it,” he said with emphasis. “That’s something they can do to lower the price that won’t cost the state a nickel.”

Risalvato acknowledges that a recent poll said residents prefer having their gas pumped, by a 3-to-1 margin.

Of course, he points out, the question was asked without consideration of cost.

Then there’s the other cost issue that’s hurting gas retailers — and consumers. The credit card fee.

Banks generally get a 3% to 3.5% fee on every dollar spent on gas. When gas went from $2 a gallon to $4 a gallon, the fee to credit card companies — which is now by far the preferred method of payment — doubled.

“That means every time you use a credit card, it costs the station owner 14 or 15 cents per gallon,” he said.

Risalvato said that has been a hidden increase to the cost of gas, whether it’s placed in the cost of all gallons sold or added to the price of those paying with credit, an increase per gallon that many stations have upped to 20 cents.

“Right now, the banks are cleaning up big time,” he said. “They are making a fortune — and nobody’s paying any attention to it.

“They’ve doubled their revenue on gas sales the past six months. Who’s paying for this? The customers.”

Getting banks to agree to take a smaller percentage on gas sales is a much harder solution to the current gas-price crisis. But it is out-of-the-box thinking. And it would be a win-win-win:

The likelihood this will happen is slim.

Risalvato and Lalevee are hoping the state will do anything but cut funding for the Transportation Trust Fund.

“I think it would be disastrous,” Lalevee said. “I think it’s a knee-jerk reaction that wouldn’t accomplish what it intends to accomplish.

“I think it’s a false promise — one that sounds a whole lot better in theory than reality.”

New Jersey American Water gives over $1.3M back to its communities...