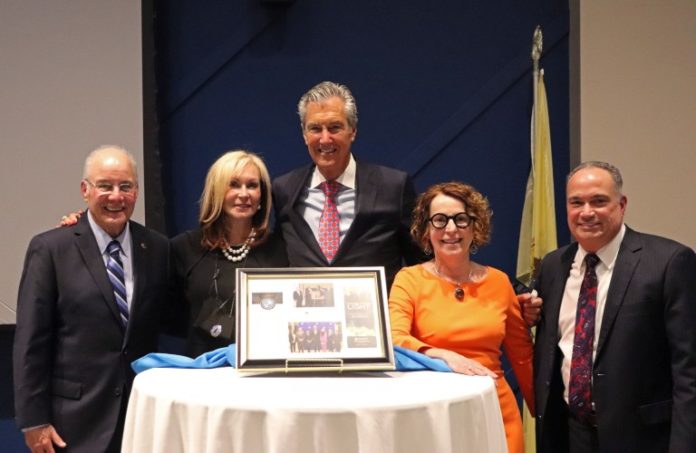 Lloyd D. Levenson was honored last week for his efforts to develop the Institute of Hospitality, Gaming and Tourism in 2010 and his significant contributions to Stockton University and the community.

“Lloyd and (his wife) Liane have remained dedicated to LIGHT’s success,” Stockton President Harvey Kesselman said. “They are also enthusiastic and long-term supporters of our entire university. Their commitment is demonstrated through contributions of their time, expertise and sponsorship — not just to Stockton, but to the many charities and nonprofit groups they support throughout all of South Jersey.”

Under the leadership of Faculty Director Jane Bokunewicz and Assistant Director Sarah Grady, LIGHT serves as an academic resource for governing agencies, private industries and the community on issues involving the gaming, hospitality and tourism industries in New Jersey.

Guest speaker Lori Pepenella, president of the New Jersey Tourism Industry Association and CEO of the Southern Ocean County Chamber of Commerce, noted the positive impact LIGHT has made in the past decade on the tourism industry in the region.

“This institute that was founded by Mr. and Mrs. Levenson has surely been the standard for the future of hospitality in our state,” Pepenella said.