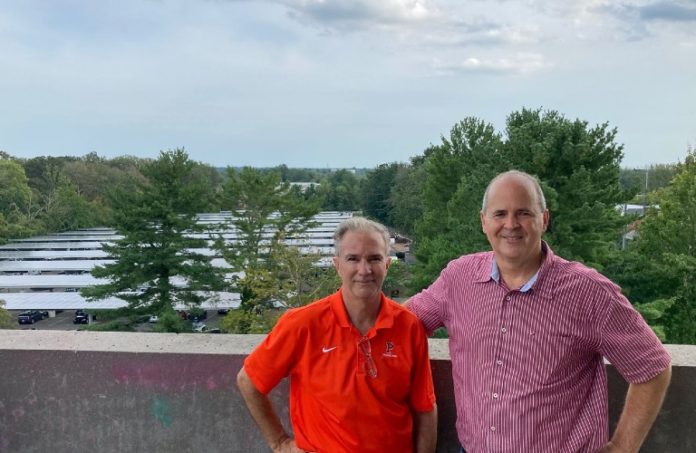 Solar Landscape of Asbury Park said Tuesday that it has added two industry veterans to its executive team.

Tom Leyden and Felix Aguayo, who have 40 years of combined experience in solar energy development, will open a Solar Landscape office in Princeton as part of the company’s plans to develop offerings that include grid- and industrial-scale solar, energy storage and electric vehicle charging.

“We’re excited to welcome two of the most highly regarded national leaders in solar energy to our team as we continue moving into new areas of the clean energy economy,” Solar Landscape CEO Shaun Keegan said. “Felix and Tom share our vision for a world that uses every kind of solar technology to fight climate change and achieve customer goals.”

Both men have been directly involved in some of the largest and most innovative solar projects in New Jersey, including at Johnson & Johnson, Monmouth University and Dow Jones.

Meanwhile, over the last 20 years, Aguayo has combined his utility engineering and power plant investment banking background to develop some of the most complicated and valuable solar projects, including the recently completed 15-megawatt Princeton University solar project at nine sites around its campus.

“We were drawn to Solar Landscape not just for its keen focus on project execution and customer satisfaction, but also for its leadership in serving the community and supporting environmental justice efforts,” Leyden said.

PSE&G’s 2.3M smart utility meters will be great for efficiency —...