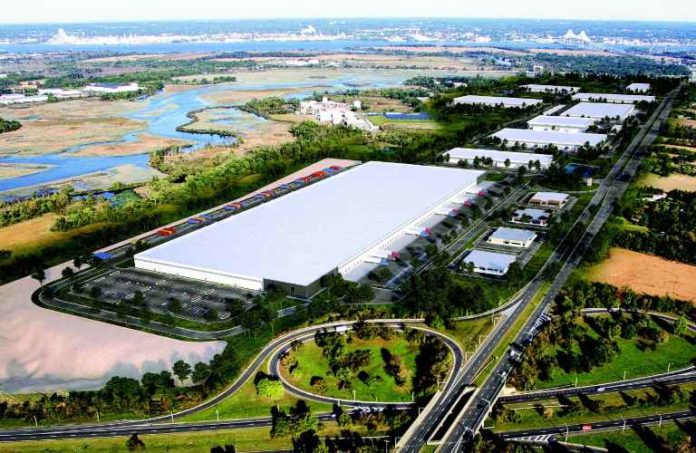 The 3.2-million-square-foot, state-of-the-art Logan North distribution park in Logan Township has soon-to-be tenants signing leases, according to an announcement from the joint venture of Advance Realty Investors and Greek Development.

Both leases were executed three months prior to the anticipated completion of the otherwise-speculative projects.

“Logan’s continued momentum speaks to the facility’s cutting-edge design as well as its attractive location in the southern New Jersey market,” said David Greek, managing partner of Greek Development. “We believe this will continue and look forward to Logan North serving as an economic driver in the region, drawing more commerce, businesses and jobs to New Jersey.”

“Today’s leasing milestone serves as testament to the quality and magnetism of Logan North and further underscores the ongoing demand for well-situated, Class A modern logistics space,” Advance Realty Investors CEO Peter Cocoziello said. “As a result, Logan North has continued to attract top-tier tenants and represents one of southern New Jersey’s premier distribution locations, in one of the most active submarkets in the state.”

The JLL team of Nate Demetsky, Dean Torosian and Matt Kemery continue to lead the leasing campaign at Logan North and represent ownership in the lease negotiations.

SEKO Logistics was represented by the CBRE team of Kevin Dudley, Nick Klackik and Jeff Kapcheck. The JLL team of John Dingle and Dean Torosian represented LaserShip Logistics in the lease.