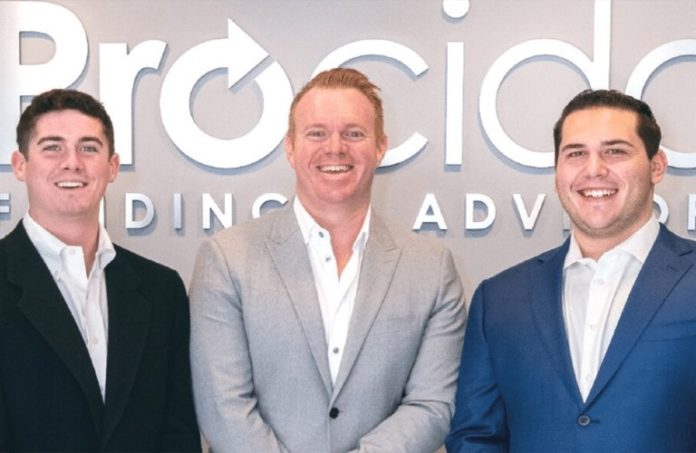 The new partners, all current vice presidents, have been instrumental in attracting borrowers and investors during their tenures, which range from six to seven years, building a team environment with strong management and lending practices that have generated $1 billion in project investments and average returns of 12.4% for investors, net of fees.

“After more than six years at the company, they’ve earned it. In terms of gaining experience, six years with me is like 20 years with another boss,” Procida said. “Our team is very tight; our roots run deep. Now is the right time to prepare for the future of the company with the right crew. I’ve known Derek, Brian, and Mike long before they started at the company. All three are exceptional at what they do — they hit the ground running and never let up.”

The admission of the new partners comes just after an equally transformative moment, when the shareholders of the firm’s 100 Mile Fund voted to double its capital limit to $200 million.

Coen, who joined Procida Funding in June 2015, spearheads syndication and distribution of loans made from the firm’s 100 Mile Fund.

Weissman completed two internships with Procida Funding and joined full-time in 2015, overseeing the asset management division and a portfolio of more than $250 million.

Foley joined the firm in 2016 after graduating from the University of Pennsylvania’s Wharton School of Business. He now leads the company’s originations department after initially focusing on real estate-owned assets and distressed deals.

Procida said he already allows the three partners to take the lead in sourcing new business. That will likely make for an easier transition from employee to partner and taking an even larger role in growing the firm.