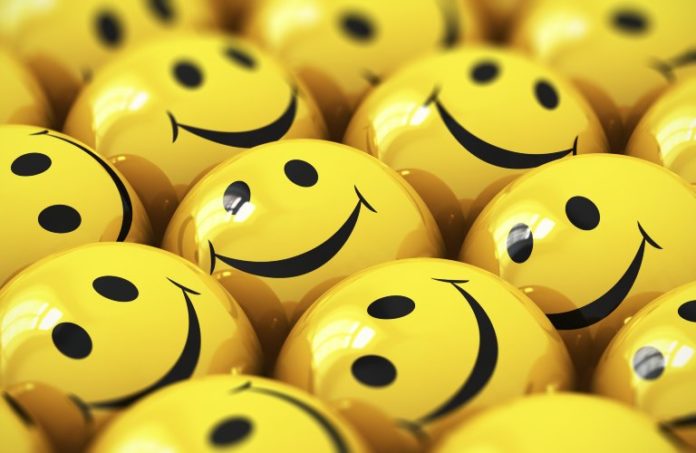 Centenary University President Bruce Murphy is an upbeat, positive, high-energy person. But even he took pause when he was presented with the idea offering an online Master of Arts in happiness studies at his Hackettstown-based school.

“I was a little skeptical at first, too,” he said. “But, the more I learned about the program and saw how it was laid out, the more I became interested.”

Let’s be honest: He means the more he became convinced that the program was legit.

Murphy said he quickly learned the master’s program would have:

Here’s what he didn’t know: Would anyone actually be interested?

Murphy quickly learned the answer after announcing — at, where else, the World Happiness Summit held in Miami — that the program would begin this fall.

“I came back Saturday morning, and, before I got on the airplane, we had five applications,” he said.

By Monday morning, the school had 16 applications. By midweek, that number jumped to 36.

“Clearly, there is an interest and desire in something like this,” he said.

Once Murphy got past the initial skepticism and all the “Don’t Worry, Be Happy” jokes that usually start a discussion, he said he needed to get an answer to the only question worth asking: What is the value of the degree?

“We always have to look at: ‘What are you going to do with this degree once you once you get it?’” he said.

Murphy said he got his answers from reading testimonials of people who have been through the group’s workshops and certificate training courses.

“What I saw was people in all sorts of fields,” he said.

The degree could be used as an add-on for those in human resources or any type of counseling profession. But it also could be for executives looking to be better trained in management — an aid to their efforts when it comes to attraction and retention, perhaps the biggest concern among business leaders today.

“It’s an interdisciplinary program designed for leaders who are committed to personal, interpersonal, organizational and societal happiness,” Murphy said. “There are so many applications.”

The program launches at a time when behavioral health concerns have never been higher.

Many experts say world events — everything from the COVID-19 pandemic to concerns about inflation and the beginning of a world war — have increased stress levels among people of all ages. A recent national poll found 87% of respondents reported that they feel like there’s been a constant stream of crises over the past two years.

“To be sure, we are in trying times — pandemic, depression, war — but these are not unique times,” Murphy said. “We have had such challenges throughout history, and we have sought to find ways to weather these storms.”

The first cohort of students will begin classes Oct. 24.

There is a prerequisite 2-credit overview course followed by seven 4-credit courses, to be taken over 15 months. It is not independent study, and there will be online lectures, but students are not required to be online at a certain time.

Tal Ben-Shahar, an internationally renowned expert and author on happiness who has a doctorate in organizational behavioral studies from Harvard University, will be the director of the Master of Arts in happiness studies at Centenary University.

Shahar achieved national recognition two decades ago when he taught one of Harvard University’s most popular classes, on happiness. Since then, he has also taught at Columbia University, written several best-selling books on the subject, and has appeared on major media as a happiness studies expert, including “The Daily Show” with Jon Stewart, CNN, the BBC and “Today” on NBC.

In 2016, he co-founded the Happiness Studies Academy in Cresskill.

Murphy said the seven courses are all independent of each other, so if you miss one for whatever reason, you can continue on with the program and pick up the course you missed with a later cohort. Murphy expects a new cohort will start in January 2023.

Murphy said he has confidence in the curriculum, because it already has shown to be successful through Shahar’s programs at the Happiness Studies Academy.

“If we decided to start this totally on our own and had to market it from the ground up, it would have been very difficult,” he said. “The core constituencies already are there.”

Plans are being developed to have one in-person “retreat” in the summer of 2023 at Centenary. It won’t be mandatory. While most of the initial enrollees are from the U.S., there are international applications from as far away as Brazil and China.

The cost for the course is $17,500 — which Murphy said is below the normal price for advance courses at the school.

The study of happiness is not new.

The Centenary program, however, is believed to be the first official accredited program in the world.

Ben-Shahar, who has been pitching the idea to universities for some time, said he credits Centenary for having the willingness to accept such a unique program.

“The Master of Arts in happiness studies is the first of its kind in the world,” he said. “It is the first — and, thus far, the­ only — fully accredited program that looks at happiness from multiple perspectives: philosophy, psychology, neuroscience, economics, history, literature and more.”

So far, Murphy said the interest in the program has come from students — not his colleagues. None of his peers has reached out to ask about it, he said.

“I think we’re still in the in the shock phase,” he said. “Every year, schools put programs out there and you’re like, ‘I wish I thought of that,’ or, ‘I’m glad I didn’t think of that.’ I’m still don’t know what the reaction will be.”

If nothing else, it’s putting a spotlight on Centenary — a private school with an enrollment around 2,700.

“We’re one of 6,000 other universities trying to get our name out there,” he said. “And this certainly is going to help us.”

And, with 36 applications, it’s certainly something to be happy about.