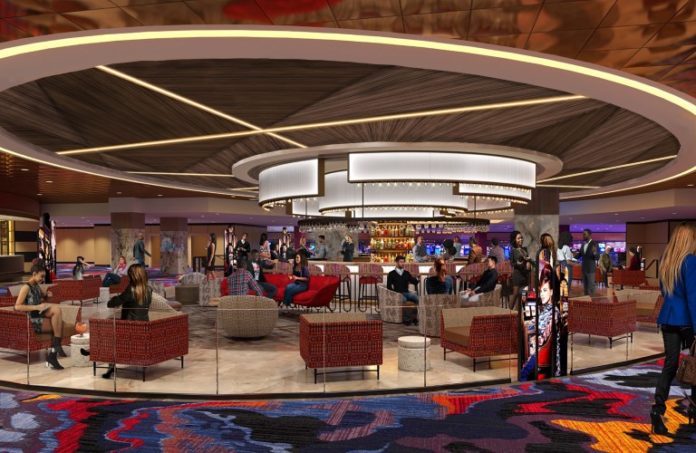 Bally’s Atlantic City is doing it again. The same Atlantic City casino hotel that recently announced it is in the midst of constructing a new indoor/outdoor entertainment venue that will debut Memorial Day weekend has announced another attraction you won’t want to miss.

That’s right.  Bally’s is revealing over $100 million in renovations, which, in addition to the Carousel Bar, include new hotel rooms, hotel lobby and the Yard on Memorial Day weekend.

So, not only will you be able to take a spin on Bally’s slot machines, but you will be able to sip signature cocktails at its new Carousel Bar, which, according to the casino, is a subtle nod to the timeless amusements found along the Boardwalk of Atlantic City.

Featuring an elevated 24-seat rotating bar reminiscent of a carousel. Bally’s new bar will offer 360-degree views of the casino and adjacent areas — and is the first venue of its kind in Atlantic City.

Bally’s said the bar will rotate at approximately 2.5-5 revolutions per hour and is powered by a 0.16-horsepower motor — but, not to worry, the speed is so slow-moving that anyone can simply walk onto the rotating floor.

With the spirit of Atlantic City in mind, new signature drinks will include flavors such as saltwater taffy, cotton candy, caramel popcorn and more.

Everything about the Carousel Bar’s design, from the color palette to the custom curved lighting fixtures above the bar, is a subtle nod to the Boardwalk and speakeasy era. The changing light displays nod to illuminated seaside amusement rides.

Finally, the surrounding modern glass rail defines the space, making it private yet visible, grabbing the attention of visitors.