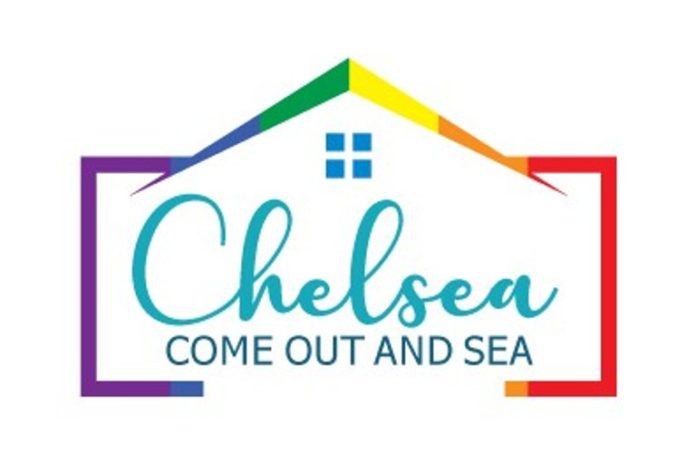 The Chelsea Economic Development Corp. — an Atlantic City Development Corp. nonprofit — is inviting LGBTQ+ community members from the region to “Come Out and Sea” Atlantic City’s Chelsea neighborhood and discover the many reasons this thriving and inclusive community is emerging as the ideal investment opportunity for potential homeowners at the Jersey Shore.

On April 22, a “Pride in Home Ownership Tour — Come Out and Sea” event will afford attendees the opportunity to tour the up-and-coming Chelsea neighborhood and hear speaker presentations by Atlantic City LGBTQ+ community members, including details on real estate deals and financial incentives for homebuyers.

The Chelsea neighborhood is situated between Atlantic City’s beach and bay and includes the Boardwalk, Stockton University’s new campus and Tropicana Atlantic City, with its 24/7 gay-friendly nightlife.

The tour will also include a complimentary happy hour at the Noyes Arts Garage of Stockton University featuring local international food offerings and live entertainment, as well as a chance to experience Tropicana Atlantic City’s nightlife with free admission to Boogie Nights.

The event will conclude with an optional stay at Tropicana with discounted room rates.

A multicultural community, Chelsea is home to hundreds of independently owned, culturally diverse businesses, including dozens of international restaurants, and boasts the most diversified neighborhood economy in Atlantic City.

Chelsea EDC says homeownership is currently possible for $300,000 or less in Chelsea, and the area is primed for economic revitalization.

“Where else can you walk to the ocean, world-class dining, schools, clubs, A-list entertainment, the ocean and a Ferris wheel from your own affordable home?” asks Chelsea resident Michelle Tomko, an award-winning comedian and Atlantic City LGBTQ+ community ambassador. “Businesses are welcoming. There is a queer liaison in City Hall. There are allies in the community. From the top down, Atlantic City is committed to inclusion.”