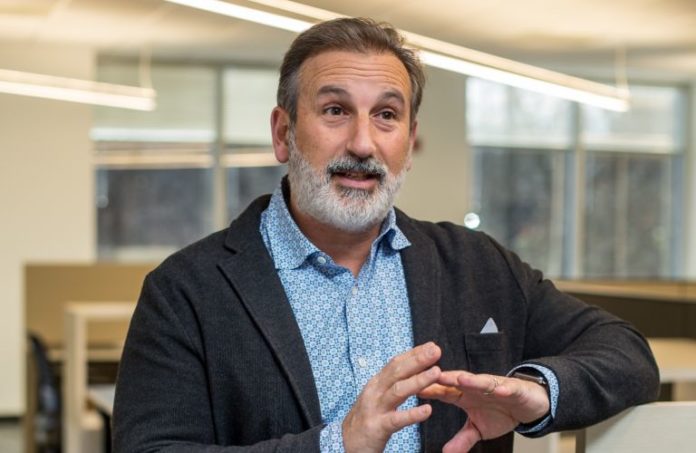 PS&S, a 60-year-old, full-service architecture, engineering, design, surveying and environmental firm based in Warren, announced Monday that it has acquired the assets of B. Thayer Associates — a move that will help expand PS&S’ presence in the region.

Thayer Associates, a multidiscipline consulting firm that combines architecture, engineering, surveying/mapping and landscape architecture services, was founded in 1990. It has New York offices in Woodbury and Long Island City.

PS&S CEO John Sartor said the acquisition of the 40-person firm is part of a broader growth push by PS&S. The firm now has more than 300 employees in 10 offices in the Northeast, North Carolina and Texas.

“PS&S has set an ambitious five-year strategic growth plan for itself, which involves expanding into new geographic areas with new capabilities and partners — especially in areas targeted for rehabilitation and modernization as part of President (Joe) Biden’s $1.2 trillion infrastructure bill,” he said. “The acquisition of B. Thayer — with its skills, talent and reputation — is a major step forward in that plan, and we are delighted that Barbara (Thayer) and her team are now part of PS&S.”

Thayer has played a role in many high-profile projects, including the rehabilitation of the Brooklyn Bridge, the modernization of the Mets-Willets Point station, and the Van Wyck Expressway – JFK Access project. It also is a founding member of the Institute for Sustainable Infrastructure.

“B. Thayer Associates has a reputation for excellence in New York City, on Long Island and in New York state and is highly regarded by government agencies, especially those responsible for public transportation, and infrastructure improvements such as roads and highways, utilities, resiliency and other public works projects,” Sartor said.

Founded in 1962, PS&S has evolved into a unique best-in-class architecture, engineering, surveying and environmental consulting firm, providing design and consultation services to a wide range of public, corporate, institutional and commercial clients.

B. Thayer Associates is currently part of MTA’s Penn Station Access project, responsible for full array of services including lidar and conventional surveying of the 19-mile rail corridor, architectural and structural design support for the mainline structures, and civil engineering and landscaping design of the redeveloped infrastructure. This $2.8 billion design-build project will bring Metro-North trains into Penn Station when completed in 2027.

A unique aspect of the design team is the development of a digital model that enables stakeholders to visualize an exact replica of the construction and highlights the complex interfaces between the different facets of the project.

Thayer, the founder and president of the firm, said she feels the combination is a perfect match.

“I have long been familiar with PS&S and its multidiscipline approach,” she said. “As part of PS&S, my firm will now have the advantage of a much larger team, more disciplines in house, greater capital resources and the scale needed to compete as a prime contractor in today’s environment.

“I could not be more pleased that B. Thayer Associates has joined PS&S, and look forward to actively working with leadership to take the firm to the next level of growth.”

Thayer will have an active role in the leadership and growth of the New York market, working closely with PS&S management overseeing the firm’s expansion of resources and capabilities in New York.