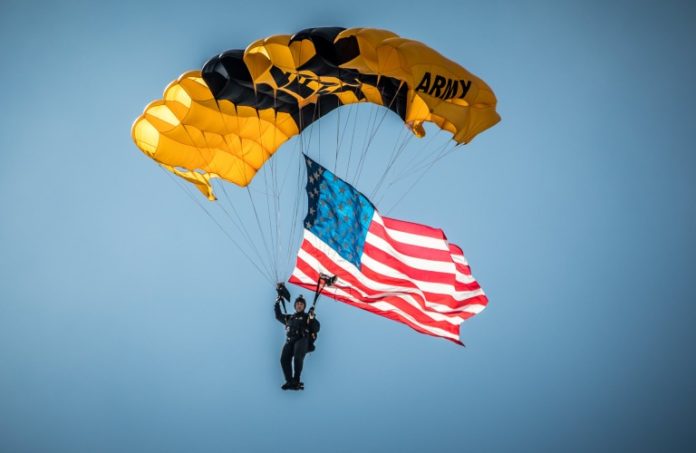 The Atlantic City Airshow, long recognized as the largest midweek airshow in America, is returning to the city by the Shore on Aug. 24, and will be powered by Meet AC, the event’s premier sponsor, according to a Tuesday announcement from the Greater Atlantic City Chamber.

The show, which regularly draws more than 500,000 spectators each year, features acts comprised of multiple military and civilian high-performance aircraft and helicopters from across the country.

The 2022 show will once again feature the Air Force Thunderbirds, along with the U.S. Army Parachute Team, the Golden Knights.

The chamber said the demo flight will fly as close to the “edge of the envelope” as safety allows, while highlighting the mobility, versatility and power of these remarkable fighter planes in maneuvers used during training and combat flights.

“We couldn’t be happier that Meet AC is the premier sponsor of the Atlantic City Airshow for 2022,” Michael Chait, president of the chamber, said. “It makes so much sense to have the city’s ultimate destination management company partner with this iconic Atlantic City event.”

“As Atlantic City’s Destination Management Organization, we are thrilled to be the premier sponsor of Atlantic City’s most notable event,” said Larry Sieg, Meet AC’s CEO and president. “Visitors flock to our destination for this iconic event every year, and they look forward to cheering as the planes dip and dive over the Atlantic Ocean. We couldn’t be more honored to power the Atlantic City Airshow this year, and are excited to work alongside the Greater Atlantic City Chamber to put on a fantastic show.”

Majority of Jerseyans support legal pot — and expect it to...