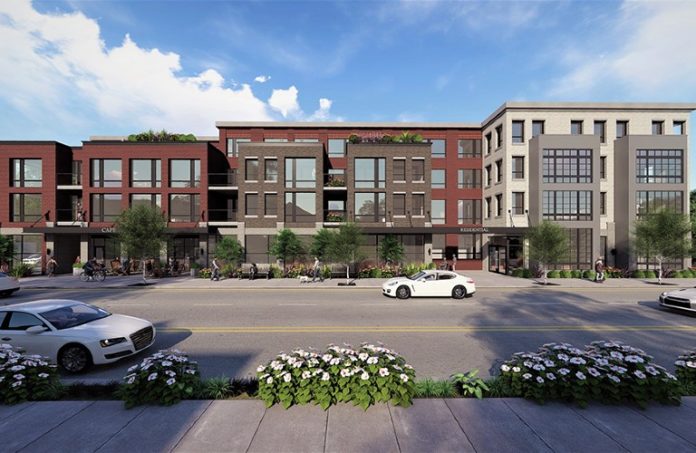 The Hampshire Cos. secured a $28.48 million, three-year, fixed-rate construction loan through a correspondent life insurance company for 85-unit 175 Morris St. in Morristown, according to a Tuesday announcement from JLL Capital Markets.

“Demand for new luxury multihousing in Morristown has increased since COVID, as the city has attracted business and residents alike,” Mikula said.

“The lender was able to provide the Hampshire Cos. with a unique structure that enabled them to maximize leverage at a blended rate that was extremely attractive to our client,” Klein added.

The units of the four-story property will feature stainless steel appliances, engineered wood flooring in living rooms, tiled bathrooms, quartz/granite countertops, in-unit washers and dryers and a split system heating and cooling system. The asset will include modern amenities such as a fitness center, coworking space and 610 square feet of retail space for a café.

Located at 175 Morris St., the community is less than a five-minute walk to the Morristown train station, which provides direct access to New York Penn Station via the New Jersey Transit rail. This location offers proximity to Interstate 287 and Route 24, allowing convenient commutes to local employment hubs such as Florham Park, Madison, Parsippany, Short Hills, Metropark and Newark.

The community is only five minutes from Morristown Medical Center and less than 20 minutes from the Mall at Short Hills. Additionally, residents will be near the restaurants, bars and historical landmarks on the Morristown Green and the shopping along South Street and Bank Street.