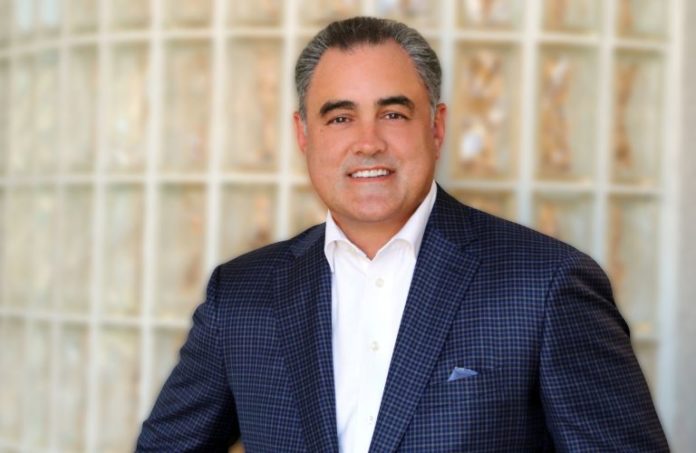 Some things never change: Dental appointments can be a nail-biting experience. And, in each town, there are a dozen small dentist offices, each taking care of their own nail-biting section of their community.

Or, at least, some things hadn’t changed — until now.

No, William Barrett, CEO of Roseland-based law firm Mandelbaum Barrett, isn’t promising your next dental visit will be fun. But, he can tell you there’s a higher chance than ever it won’t be in the same independently owned and operated dental office.

“The consolidation of the dental specialty is happening at a rip-roaring pace right now,” he said. “In the past week, I brought in six new transactions with doctors selling or partnering with dental support organizations, or DSOs, backed by private equity, as just one legal practitioner. We’re a firm with a good reputation in the space, but that’s still a remarkable number of transactions to have in a week.”

When dentists retired and sold their office in the past, the vast majority of those transactions were between one doctor and another, Barrett said.

“You didn’t see a lot of what we call ‘corporate dentistry,’ or private equity-backed DSOs,” he added. “Most of what you saw were doctor-to-doctor transactions — dentistry being as parochial as it has been, with everyone having their local person in a community.”

The greater majority of transactions now involve a dentist selling their practice to investment dollars-fueled physician groups, Barrett said. Only licensed dentists can directly own practices, but these DSO groups can still link together private equity interests and the clinical side of dental practices through a series of contracts and documents.

Similar deals have been commonplace for much longer in the general health care space. Somewhere along the way, investment banker types found dentistry.

What they realized, Barrett said, is that the industry was content to operate as small, isolated entities — with perhaps some inefficiencies — in a sector of health care where patients were more willing to stomach out-of-pocket costs.

“The space also isn’t as governed, or, if you will, handcuffed by insurance carriers, which dominate traditional health care,” Barrett said.

There were about 200,000 professionally active dentists in the country as of last year, according to the American Dental Association. Near 40% of those fit into the baby boomer generation, also according to the organization’s data.

Of that number, only a small fraction have actually taken the step of consolidating into DSOs so far, Barrett said.

“So, you’ve got all these practices all over the country, not exercising efficiency and economies of scale, not subject to managed care, so you can still make money — and they’re run by an entire generation of doctors at or near retirement age,” he said. “So, it has created this perfect storm of opportunity.”

At some point, pitching business at William Barrett’s law firm started sounding like a toothpaste commercial: Four out of five New Jersey dentists have recommended it.

While the actual number might be a bit more fuzzy, word does in fact get around that Barrett and his 100-lawyer Mandelbaum Barrett team are the brand of choice for local dentists.

“Going back, how I got involved was — like a lot of things in life — almost an accident,” he said. “I was asked by a client, an accountant who represented a lot of dentists, to do a lecture on the Top 10 legal issues that doctors need to be aware of. At the time, I might have had one dentist as a client.”

A long time later, the firm, on average, is retaining two or three new dentists every week.

Barrett might not be able to fill a cavity, but he knows a lot about representing dentists by now.

“Over the past 20 years, we’ve hovered around 1,000 dentists we’ve represented or done transactions for,” he said.

Not every dental practitioner will agree on that, Barrett admits. The trend has led to the emergence of organizations designed to advocate for independent dentist offices. These groups are also helping privately owned dentist offices compete more effectively.

Barrett explained that these organizations stand for the preservation of private practice dentistry based on the belief that the quality of care is higher than corporate competitors.

Regardless, the volume of dentists entering into transactions with private equity firms is higher than Barrett ever expected to see in his career.

To put it bluntly: The reason for that? Money.

Dentist offices looking at selling their businesses in doctor-to-doctor transactions can expect a valuation to fall somewhere around 75% of their average past three years of gross receipts. Private equity firms’ cash flow analysis yields sometimes three times those annual receipts when it comes time for valuation.

“So these doctors are saying, ‘I can exit at a number that in my wildest dreams I never thought my practice would be worth,’” Barrett said. “On top of that, they’re looking at where the world is heading with this trend of consolidation and saying, ‘You know what, maybe I need to get on this train sooner, before competing with these private equity-backed, corporate dentistry groups becomes harder to do.’”

And, if you ask Barrett, the neighborhood dentist just can’t count on being able to do what they’ve always done and expect to find success.

Corporate dentistry groups have a few competitive advantages: They’ve got back-end infrastructure such as billing departments; they’ve got relationships with insurance carriers that might nab them higher reimbursement rates; they’ve also got the scale that means their prices when purchasing technology and equipment will be much lower than your lone wolf dentist.

“So, a lot of these practices are at a huge crossroads, with unprecedented decisions to make,” he said. “It’s going to be interesting to reflect on five or 10 years from now. What will dentistry end up looking like in the country?”

Although New Jersey’s compliance infrastructure lessens how appealing the consolidation of dentist offices into larger corporate groups might be compared to other states, Barrett is confident that, here and elsewhere, more dentists are going to be attracted to the perceived benefits of going big.

“Based on what I’m seeing, I don’t see this slowing down anytime soon,” he said.

Show & Tell: Are patients and the innovation economy under threat...