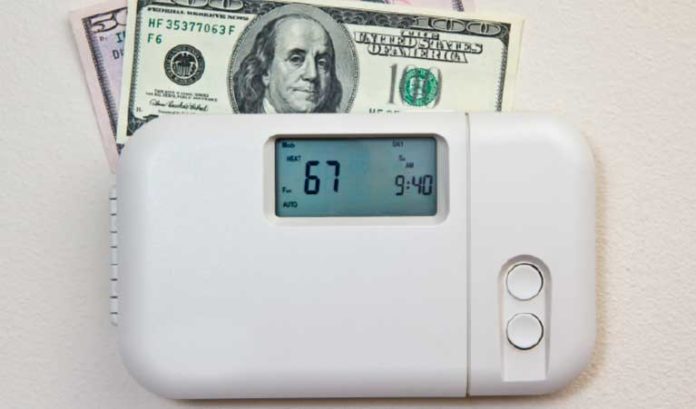 The Fuel Merchants Association — a group that, by definition, would be against the vast elimination of fossil fuel usage — readily admits the push to make electric boilers mandatory is not good for its members.

But Eric DeGesero, an executive vice president with the group, said it has the facts and figures to show such a mandate would not be good for anyone — and will come at an enormous expense to landlords in commercial real estate, who will have no recourse but to pass an enormous cost on to tenants.

How much? Would you believe $17 billion?

DeGesero, who testified at a recent New Jersey Department of Environmental Protection hearing, said the regulation to have any boiler of more than 1 million BTUs replaced after Jan. 1, 2025, with a “fossil-fuel-free heating mechanism,” could cost approximately $17 billion to implement.

DeGesero’s group estimates 8,200 boilers eventually will need to be replaced, at a cost of $2 million apiece.

“It is a cold hard stone fact that this mandate will cost, and everyone should be concerned,” he told ROI-NJ. “The people that own warehouses and commercial buildings — taxpayers, commercial tenants and residential tenants — are going to be socked with the $17 billion cost.

“And that $17 billion building upgrade is only for buildings that have boilers that are a million BTUs and larger.”

The buildings with boilers smaller than that? They’ll be forced to pay an enormous cost, too, DeGesero said. It just won’t come at the beginning of the mandate.

“Whether it’s commercial, residential or industrial, this mandate will affect everyone,” he said. “The administration is looking to implement a policy that is expensive, that isn’t going to work, and of which the Legislature has no idea what it is talking about.”

Whether the $17 billion estimate is true is not clear.

Gov. Phil Murphy’s administration has never given an estimate of the cost, even though the governor announced his energy master plan more than two years ago.

But $17 billion for boilers?

Mike McGuinness, the CEO of NAIOP-NJ, wouldn’t guess on a cost or the potential impact it would have on the commercial real estate sector. But he did question the timeline. He believes mandates in the energy master plan may not come as quickly as some would suggest.

“I think this has been thrown off-course, specifically with the number of disruptions that have been taking place the past couple of years,” he said.

McGuinness cited how the COVID-19 pandemic already had seen office buildings implement new guidelines, such as bringing in more fresh air from outside. Additionally, he said inflation and even the current war in Ukraine have had an impact.

“Those sorts of obstacles are currently standing in the way to achieving some of these ambitious goals that the governor set out to do,” he said.

McGuinness also said he believes there are too many other pressing trends and disruptions for the Legislature to support something that’s not practical, not affordable — and may not even be possible.

“The municipalities and power companies will be the first to say our electronic infrastructure grid needs to be ramped up quite a bit before we can start mandating that everything be electrified,” he said.

Jeffrey Grant, principal of EnergyPlus Solutions, agreed. He said that, just because the government puts something in writing, doesn’t mean it can happen.

Grant said the Legislature needs to understand there are technological limitations as to what can be carried out. If it’s not, the cost will be much greater than increased dollars.

“If this proposed regulation is not fixed, or the energy master plan is not corrected, New Jersey is headed for extreme electricity capacity shortfalls, resulting in winter blackouts and homes and businesses with scant means to keep from freezing,” he said.

“(The) Legislature needs to be engaged on this. This is the biggest economic transformation of the building sector, the commercial real estate sector and the economy of the state. We’re trying to draw attention to this, to get the Legislature to do something about it.”

The New Jersey Board of Public Utilities released this statement in response to a number of different questions on this issue:

“As we transition to a clean energy future, NJBPU is pursuing a balanced approach to achieving long-term clean energy solutions and prioritizing cost considerations. In fact, the board works toward implementing New Jersey’s clean energy programs in an affordable and equitably accessible manner by determining the ratepayer impacts for each of its programs and ensuring that our low-income and overburdened communities are not disproportionately burdened with additional energy costs. Furthermore, the state’s energy master plan lays out the least cost pathway for New Jersey to meet its climate and energy targets reliably and affordably through 2050.

“The board will be releasing a report early this summer on the cumulative net ratepayer impact of the implementation of the EMP. Federal cooperation and investment will also help us towards this balanced approach to reducing energy costs and offsetting the cost of transitioning to a clean energy future in the long-term. Additionally, in-state investment and coordinated regional infrastructure planning will further push the state on an affordable, green path.”