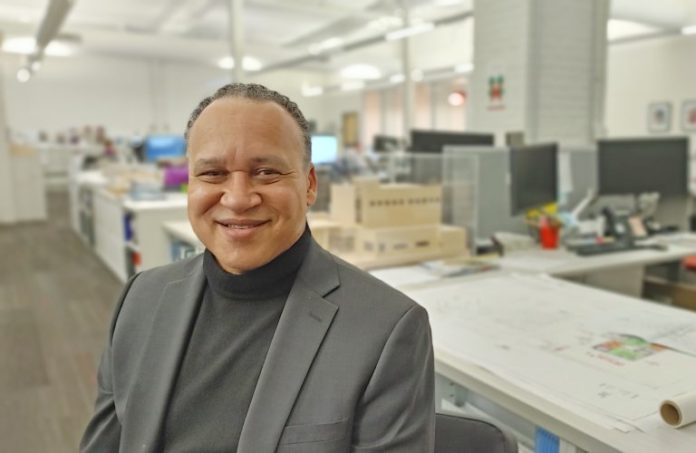 Whether it’s backlogs at manufacturing plants and ports in China or blockages of container ships in the Suez Canal, the lesson of the past few years is there’s no distance great enough for a local business to separate itself from supply-chain shocks.

That’s the takeaway for real estate expert Tony Ianuale, and part of why he and others in the state’s real estate sector suspect Russia’s assault on Ukraine will be another of those interconnected supply-chain events that reverberates as far away as the Garden State.

The attack diminishes some hope for the chief operating officer and chief financial officer of Jersey City-based land-use consultancy Dresdner Robin that there will be any abating of the materials shortages and price hikes that have led to supply stockpiles and postponed projects in the real estate sector.

Vincent Myers, president of New Brunswick-based DIGroup Architecture, said that, even for a sector in which business is mostly humming along, those supply-chain woes have caused some concern.

“If we go back to before Russia attacked Ukraine, we were already in the midst of major material delays,” he said. “So, it was bad before, with lead times for certain equipment that are a year or more out, which is incredible. Now is a real quagmire of ratcheted-up costs of materials.”

What and where that effect will be seen, Myers can’t say exactly yet.

“But, we did have one client talking about how another part of their business saw an almost 1,000-fold increase in the price of a particular solvent because that product came out of Ukraine and that was apparently the only place to get it,” he said.

That’s the sort of story Myers expects real estate leaders will hear more of in the coming year.

“(Because) in Europe, everything is so intermingled in terms of economies,” he said. “When one is affected, they’re usually all affected. So, I do suspect, as this war unfolds, and with it seeming likely to be protracted, there’s no question there will be impacts.”

Despite that, activity in the local real estate market remains at a strong level for New Brunswick-based DIGroup Architecture. The architecture and design firm’s fingerprints are being left on a diverse portfolio of projects, but especially in the health care and education space today.

Ianuale said that, between the steady state of New Jersey’s commercial and industrial real estate market and the pipeline of public infrastructure projects that the federal government’s spending bill will bring to the region, the market has largely been able to shrug off supply shocks (and, for that matter, the pandemic, labor issues, inflation and talk of interest rate rises).

So, he’s still in what he refers to as a sanguine mood about the risks New Jersey’s real estate market faces from this geopolitical event or any other global trend.

“If I didn’t consider future events, I’d probably be saying things are just great right now,” Ianuale said. “All in all, this is happening against a backdrop of success locally. So, it’s hard not to have a positive outlook, but one always needs to consider what’s happening globally in our economy.”

Warehouse development is hot in real estate. A year ago, it was hot. Two years before that — or any number before, really — no surprise, the temperature-check didn’t read any differently.

Not everyone is hot on it, however.

Mike McGuinness, CEO of the New Jersey division of NAIOP, when asked about relevant talking points in today’s local real estate market, was first to point to the warehouse industry’s back-and-forth with municipalities and policymakers. It’s all about the implications of the sector’s constant growth, fed by the pandemic’s e-commerce bustle and next-day deliveries.

McGuinness expressed that the industry’s many years of expansion across the state paved the way for debate about how to locate these warehouses closer to their markets, and how to, as a result, slow down on truck traffic and emissions from diesel vehicles.

“With the rising cost of energy, with the supply chain concerns … there’s more of an awareness that, the closer to the consumer we can make these products, the better off we’ll be,” he said. “The focus of this is evolving, but there’s definitely a renewed interest in doing what we can to encourage local manufacturing.”

In New Jersey, Mansfield Township has introduced an ordinance to ban warehouse projects to curb traffic congestion and worsened air quality. There are examples in states such as California of more robust regulations that mandate retrofitting warehouses with emissions-reducing features.

McGuinness is paying close attention to how these moratoriums and regulations roll out.

“We’re going to be watching and educating folks on what’s doable and what’s not as it relates to air quality,” he said, adding that, while the sector has invested in green technologies such as solar installations, “As it relates to traffic from the industrial side of development in New Jersey, there’s a longer road before we get to a point that will allow us to be carbon-neutral.”

Lofts at Pier Village in Long Branch tops out