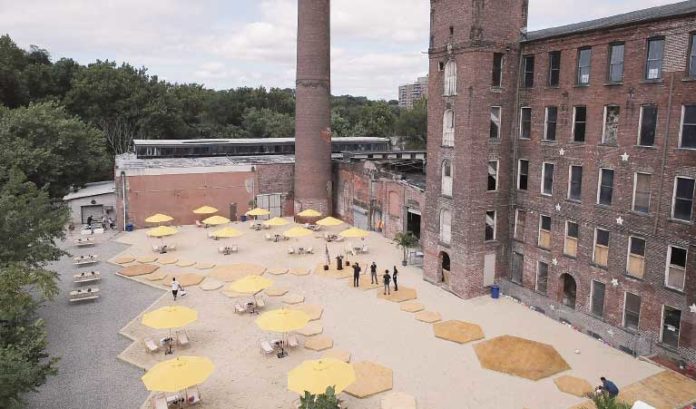 There’s nothing like relaxing on a beach … in Paterson.

Yes, the Passaic County city, 150-plus miles inland from the Jersey Shore, does have a beach — complete with sand, umbrellas and all.

Blue Onyx Cos. and its founder and CEO, Levi Kelman, created the manmade “Paterson Beach” as part of its redevelopment of a 2-acre site in the blue-collar community along the Passaic River.

“The project is near and dear to me,” Kelman said. He added, “When we had the kickoff event, I was told there were children there from Paterson who had never been to the beach before.”

The almost $40 million, seven-building reuse project and the 12,230-square-foot beach — opened in late 2020 — have a heavy dose of what the developer calls the “place-making” approach, which sees developers promoting their ability to elevate a community’s local assets.

Morgan Properties, which owns and operates two dozen apartment communities throughout New Jersey, tries to race to the forefront of in-demand amenities in the residential market, which might today be pet washing stations or lockers for Amazon packages.

There’s one amenity in particular that the second-largest multifamily owner in the country has learned it can’t be caught lagging on. …

“With children at home during remote learning, and workers needing better broadband at home for their own work, residents are really asking for it now,” said Dan Flamini, area vice president for Morgan Properties.

Apartment residents want to know what their upload and download speeds will look like, and it’s a marketing boon today for communities that have it.

The region’s urban sprawl has usually come with the requisite infrastructure for those marketable speeds, including fiber-optic internet options for residents.

Depending on the population of a more suburban or rural area and how well-connected it is already, residential developers are looking at some significant costs associated with bringing that infrastructure where it doesn’t already exist.

“But there’s such a huge demand, so, there’s no alternative to having high-speed internet in a community,” he said. “To remain competitive, you just have to do it … because people will move elsewhere just for it.”

Kelman said it’s yet another of the trends accelerated by the pandemic. Developers want to do more to “uplift and engage” neighborhoods, with the input of those already embedded in communities, he added. He said that involves bringing other developers and investors to new parts of the state to “correlate neighborhoods with something fun and different.”

Although it’s a guiding philosophy that developers have endeavored to for quite some time, its importance is being taken to new heights as remote work has people looking for gems on the outskirts of the metropolitan New York region.

Developers somewhat downplay the narrative of millennials migrating out of big cities, but admit there has been movement into transit-connected communities, often those straddling the line between suburban and urban.

“We’ve seen the pendulum swing a few times,” Kelman said. “Prior to about 2017, folks had moved to suburbs before we saw it swing back, and urban cities had grown up to 2020. Then, during the pandemic, there was a tremendous demand for living in the suburbs.” 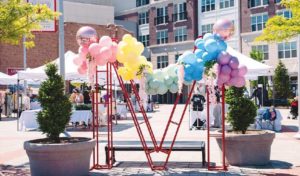 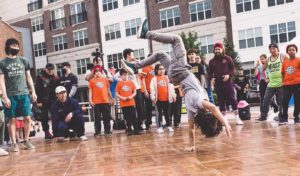 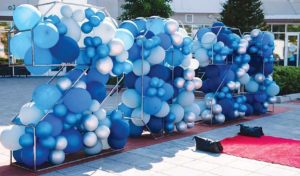 Stephen Santola, general counsel at Woodmont Properties, is part of a team of local developers enjoying activity in transit-oriented communities outside of strictly downtown urban communities.

The work Fairfield-based Woodmont Properties did “place-making” years ago in Metuchen is what Santola highlights now as a forward-thinking project. It paired its transit-oriented apartment community there, Woodmont Metro at Metuchen Station, with a half-acre, public piazza near the train station.

“We met with leaders of different groups that put on events and found out what their needs would be,” he said. “It being flexible was important, so we came up with something that could meet multiple needs, from housing a farmers market to movie nights and concerts.”

Santola added that, whether it’s a public space or an open-space feature within a community’s confines, capturing the movement of residents across New Jersey in this era will take a lot more successful examples of this “place-making” philosophy from developers.

“Planning boards are looking for it; zoning can require it,” he said. “Today, it’s just expected of a quality project.”