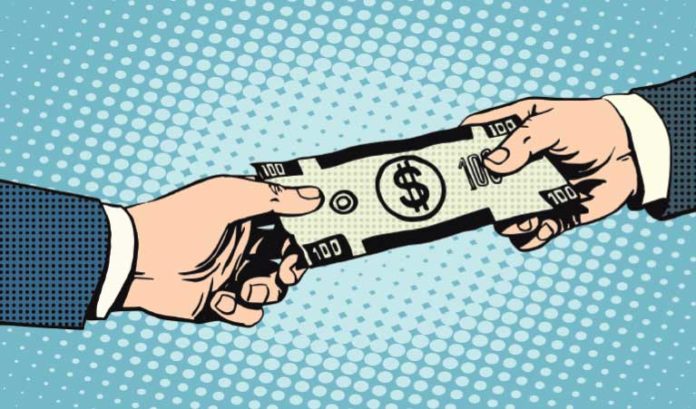 In January, JumpStart New Jersey Angel Network, a longtime funder of early-stage startups in the mid-Atlantic region, announced that it had a record year of deal flow and membership growth in 2021.

In fact, the network invested more than $2.2 million in 2021, an increase of 25% over the prior year, and its membership rose by nearly a third. JumpStart NJ membership is open to accredited investors as defined by the Securities and Exchange Commission. The angel group includes business leaders from a variety of industries, as well as entrepreneurs who have had successful exits.

New Jersey companies receiving funding included SunRay Scientific, based in Eatontown, and Calamu, based in Clinton.

Calamu offers a next-generation cloud data security product that the company says is so superior, it will make ransomware obsolete.

The angel group also had success with exits in 2021, with one investment producing a 17 times return on the capital.

JumpStart NJ’s success seems to confirm the anecdotal evidence NJTechWeekly.com has gathered indicating that there was more investment activity in 2021 overall than in any year since we’ve been covering tech in New Jersey.

We asked Stephen Dyer, board chair of JumpStart NJ, why he thought this was the case.

“This is just my opinion,” Dyer said, “but, with the stock market doing well, I think more people felt willing to invest in ‘startups,’ which have more risks and higher rewards. I think the liquidity in the stock market was a factor. So, existing members who formerly invested X dollars were inclined to invest a little bit more.”

Dyer said JumpStart NJ meetings are structured as follows: An entrepreneur will speak for 10 minutes, followed by a 10-minute Q&A. After that, the entrepreneur leaves the meeting and the members talk amongst themselves to see who’s interested in being on a deal team. The deal team may never invest, but it starts the diligence process, Dyer noted.

COVID actually sparked more participation by the membership this year, he said, noting the irony. The group had previously met at the offices of accounting/consulting firm EisnerAmper in Iselin or at the offices of the New Jersey Economic Development Authority. Now, with Zoom calls, even people who are traveling can be at a meeting and can make it a priority. So, attendance at meetings was up in 2021.

“Our members are successful. That’s why they have the capital to play in this arena. I think they see it as a way to give back a little bit. No one is going to invest in something that they don’t think will work. … But people see the idea, like the idea and, because they have more time and more capital, they’re more willing to be involved in going on a deal team after the entrepreneur presents.”

With more people joining diligence teams, more deals are being as sessed and going through, he added.

Another factor was that, during the year, JumpStart NJ developed a partnership with Westchester Angels, an angel group from Westchester County, New York. Westchester Angels has had a lot of success, including an investment in Ocrolus, a New York City-based financial technology company specializing in automated document analysis. Ocrolus is currently the fastest-growing fintech company in the U.S., and the fastest-growing software company in New York state, the angel group said in a press release.

The partnership allows Westchester Angels members to attend JumpStart NJ meetings and vice versa, so “we are seeing more deals.” Dyer said that Sandy Wollman, co-founder and managing director of Westchester Angels, had contacted JumpStart NJ to initiate the collaboration. The arrangement has also made it easier for the two angel groups to syndicate deals with other groups, he said.

Dyer then noted that programs being offered by the NJEDA have attracted angel investment to New Jersey.

“They have the angel tax credit for New Jersey-based companies,” he said, as an example. “It’s taken some time for them to get these underway, but it helped some in 2021, and I think it will help more going forward.”

He added that Kathleen Coviello, executive vice president for technology, life sciences & entrepreneurship at the NJEDA, and her team have listened to investors and made the process a little bit easier, as well as making the fees associated with the program more tolerable.

We asked Dyer what he wanted founders to know about JumpStart NJ. He answered that, like him, many of the members bet more on the jockey (the founder) than on the horse (the idea), because the founder may have to pivot in a new direction as the business develops over time. One of the changes JumpStart NJ has made over the years is that it now asks one of its members to volunteer as an “ambassador” to each startup founder before the founder presents to the group. The “ambassador” talks to the founder, listens to the pitch and provides some pointers to tweak the pitch in certain ways.

“I think that puts the founder in a better position when they present to us,” Dyer said.

For example, founders sometimes can’t complete their pitch in the 10 minutes allowed. An ambassador can remind the founder that this is essential.

“Under 10 is fine,” Dyer said. “But at 10 minutes, there’s a clock, and they get cut off. And it says something about the entrepreneur if he or she hasn’t taken the time to rehearse the 14-minute speech and get it down to 10. Maybe they are not as detail-oriented as they should be. That’s just a simple thing that they need to do, which is to send the right message in their first exposure to the group.”