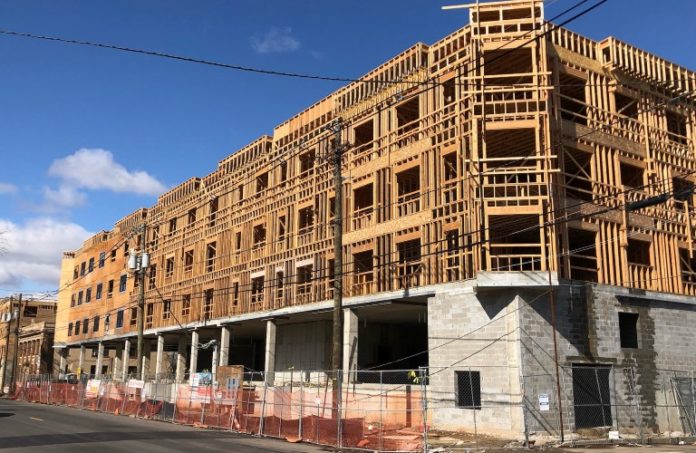 Newark-based Paramount Assets just reached the halfway milestone in its completion of construction of the Netherwood Flats mixed-use complex in Plainfield.

In reaching the halfway point in the redevelopment of the former used car dealership, Paramount notes the foundation, parking deck and framing are fully completed, and the exterior façade work is underway. The interior buildout is moving forward with plumbing, electrical and mechanical, and the developer is preparing to start interior finishes in a few months.

“Netherwood Flats is the spark that is leading the resurgence of Plainfield,” said Rich Dunn, Paramount’s senior vice president. “This redevelopment project is transforming the site of a former car dealership into what will be a lively residential community with oversized apartments and new retail businesses. It will completely transform the neighborhood into a mixed-use destination and bring more residents into Plainfield.”

The community will include several on-site amenities to enhance residents’ lifestyles. It will include a landscaped, elevated courtyard; a 1,500-square-foot fitness center; and a residents’ lounge. The property will have large one- and two-bedroom units, with high-end finishes and appliances.