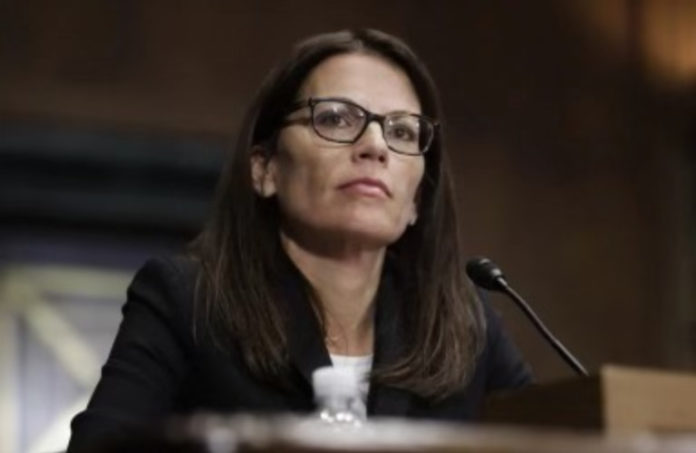 Georgette Castner, a highly regarded litigator and former partner at Montgomery McCracken, was sworn in Thursday as the youngest female federal judge in the 232-year history of the U.S. District Court for the District of New Jersey.

Castner, 42, whose appointment was confirmed by the U.S. Senate last week, was sworn in by Chief Judge Freda Wolfson during a private ceremony at the federal courthouse in Trenton. It is a lifetime appointment.

Castner is filling the seat that has been vacant since Judge Jose Linares retired in 2019.

“During her 15 years of experience in state and federal litigation, Ms. Castner has gained a reputation as one of the brightest and most hardworking attorneys in our state,” Menendez said last week.

“She is extraordinarily well-qualified to serve our state and our country as a federal judge,” he said. “She brings to the federal bench her extensive legal expertise and a clear commitment to the people of the great State of New Jersey.”

A 2002 graduate of The College of New Jersey, Castner earned her law degree from Rutgers Law School in Camden in 2006.

After serving as a law clerk for Superior Court Judge Joseph Lisa for a year, she joined Montgomery McCracken in 2007, working in its Cherry Hill office. There, she worked on complex commercial litigation and white-collar and government investigations, rising to partner in 2015.

She co-chaired the firm’s Cannabis Law practice group and became a member of its Diversity Committee. She also became close friends with colleague Fabiana Pierre-Louis, who became the first African American woman to serve on the New Jersey Supreme Court when she was confirmed by the state Senate in 2020.

Castner is just the 92nd federal district court judge in state history, a process that began in the fall of 1789, when President George Washington appointed David Brearley, who fought in the Battle of Monmouth and signed the U.S. Constitution.

She is the fifth federal judge appointee in New Jersey by President Joe Biden to complete the process. The sixth, Evelyn Padin, is awaiting a vote by the Senate Judiciary Committee.

Murphy said Castner is a perfect fit for the role.

“Through her extensive litigation experience, Georgette has earned wide respect throughout New Jersey’s legal community, and I know that she will honorably serve the people of New Jersey in her new role,” he said last week.

Castner is married to Bill Castner, a highly regarded lawyer who has served in all three branches of state government — including as a top aide to Murphy — and now is in private practice with Connell Foley in the firm’s Cherry Hill office.