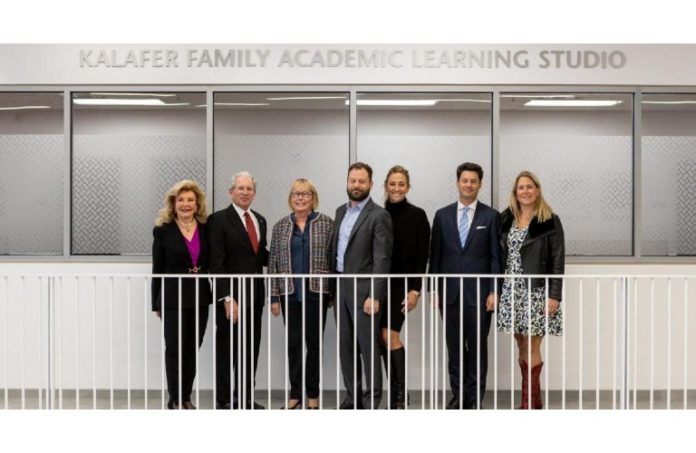 The late Steve Kalafer was known as a tireless advocate and ambassador for NJIT as a member of the Board of Overseers and a longtime benefactor of the university.

To honor his legacy, the school announced last week that it has recommissioned the athletic department’s academic help center as the Kalafer Family Academic Learning Studio.

NJIT President Joel Bloom said the acknowledgement was a well-deserved honor for a larger-than-life personality.

Kalafer, the founder of the Flemington Car and Truck Family of Brands had numerous ventures in his life – and was perhaps better known as the founder and owner of the Somerset Patriots, a real estate developer and as a movie man who was nominated for four Academy Awards as the producer of documentaries.

More than that, he was a great philanthropist. Prior to his passing in 2021, the Kalafers established the Kalafer Family Scholarship at NJIT with a seven-figure financial commitment. This scholarship is in addition to the Steve Kalafer Endowed Baseball Scholarship, which was established in 2008.

NJIT officials said last week’s ceremony was an opportunity to remember his impact at the school.

Lenny Kaplan, associate vice president and director of athletics at NJIT, said his impact reached everyone.

“Steve understood the values of friendship, partnership, education and hard work,” he said. “The Kalafer Family Academic Learning Studio plays a significant part in the development of our student-athletes, as it is their academic home for support and the home of our leadership academy program.”