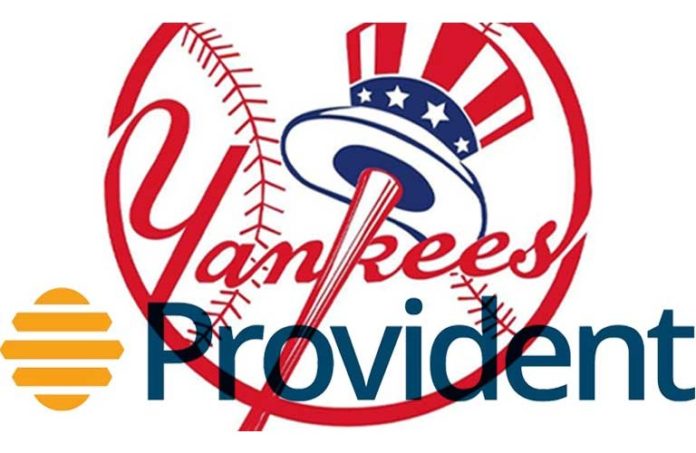 For Provident Bank, a key sponsorship with the Yankees Radio Network – one in which the game will be coming from the ‘Provident Bank Broadcast Booth,’ made sense for three reasons:

1. The Yankees radio network saturates North and Central area, the key geographic area of the bank;

2. The Yankees network obviously goes into New York City, Long Island and Connecticut, areas where the bank already does some business and certainly would like to do more;

3. It’s always nice to be associated with a winning team.

The sponsorship, which started on Opening Day, will go the entire season – home and away. In addition to having the name read on the air, the bank also will have standard radio ads, too. And the reach will be far greater than the metropolitan area: Due to satellite radio and MLB.com, Yankee games literally will be heard across the country and around the world.

Provident Bank CEO Anthony Labozzetta said the bank was excited by the partnership, its first involving the Yankees.

“This partnership is a fantastic opportunity to align our brand with the winningest franchise in sports,” he said. “The Yankees’ commitment to their fans and their pursuit of excellence is consistent with our brand promise and guiding principles.”

Provident did not necessarily due the deal in an effort to increase its reach in the metropolitan area, but bank officials said the company always is analyzing growth opportunities.

Chris Oliviero, SVP and market manager for Audacy New York, which oversees the broadcasts was happy to announce the deal.

“Given our shared values of community, and a commitment to those we serve, we couldn’t be more excited to team up with Provident Bank beginning with this Yankees season,” he said.

The partnership is a multi-year deal; the terms were not disclosed.

Best states to do business? CNBC ranks New Jersey at No....