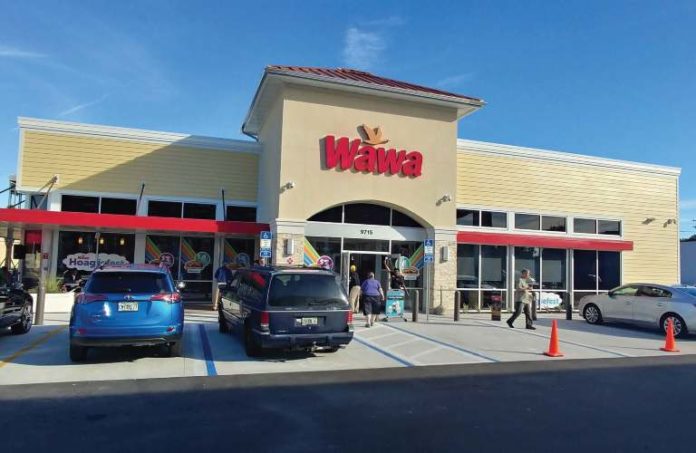 The annual Wawa Day tradition has returned, and not only will the company mark its 58th anniversary on April 14, but it is giving customers FREE hot coffee of any-size, chainwide, all day!

“The entire Wawa Day celebration will be themed around “Day Brightening,” to spread positivity and capture the warmth and one-of-a-kind atmosphere the company has created over the years and throughout its operating area,” Wawa officials said.

Wawa expects to give away more than 2 million free cups of any size coffee to customers at its more than 960 stores.

The 2022 event will feature several special events and celebrations that will pay tribute to Wawa’s rich history and culture, while brightening the days of Wawa’s customers, associates and communities.

The day also commemorates the first anniversary of Wawa’s establishment of The Wawa Foundation, a non-profit organization that handles the majority of the company’s charitable giving.

Wawa Inc., a privately held company, began in 1803 as an iron foundry in New Jersey. Toward the end of the 19th Century, owner George Wood took an interest in dairy farming and the family began a small processing plant in Wawa, Pennsylvania which eventually led to its entry to the retail business in April of 1964 when it opened its first store in Delaware County, Pennsylvania.

“As we mark our 58th anniversary, we look forward to brightening the days of our customers, associates and communities with free coffee, special recognitions and vital resources, continuing our longstanding tradition of providing necessary support to our communities and National Partners during times of need,” said Chris Gheysens, Wawa president and CEO.

Other ways Wawa will ‘Brighten Days’ on April 14th:

“Day Brightener” Recognition for Customers – On Wawa Day, associates from all 960-plus stores will honor one customer as their store’s official “Day Brightener” with special recognition to acknowledge the positivity they spread throughout their communities with the intent of inspiring others to do the same.

$1 Million “Gift Cards for Care” Distribution to National Partners, Providing Immediate Food and Fuel Relief for the Communities – With a longstanding history of supporting its communities, especially in times of need, Wawa will donate a total of $1 million in gift cards to The Wawa Foundation’s National Partners and certain community partners, including American Red Cross, Check-Out Hunger, Children’s Miracle Network, JDRF, LLS, Special Olympics, USO and Meals on Wheels, to help them continue delivering much-needed services to their communities. Each organization will receive approximately $100,000 in gift cards in support of their fuel/food needs and family assistance programs.