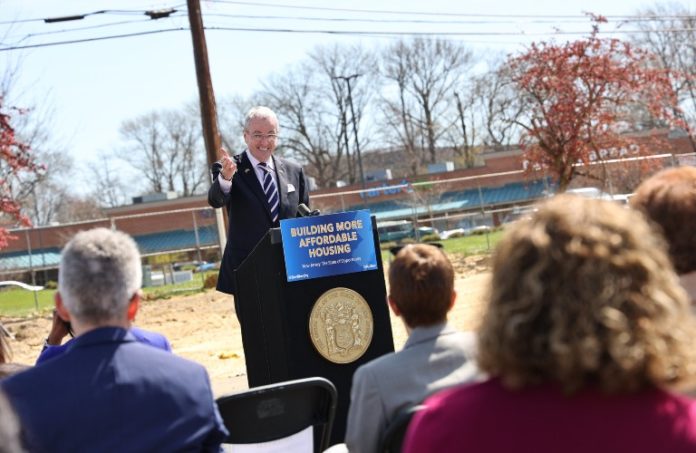 The AHPF will allow for the full completion of all 100 percent affordable housing projects identified in municipal housing settlements that have yet to be built, eliminating the state’s backlog of these projects, by the end of the governor’s second term.

The AHPF will also create 1,700 new homes for families, more than 1,100 new homes for senior citizens, and nearly 550 new homes for those who need greater community supports, including people with developmental or physical disabilities and survivors of domestic abuse.

Unveiled as part of the Governor’s Fiscal Year 2023 (FY2023) Budget Proposal, the AHPF was will also be funded by $30 million from the state Affordable Housing Trust Fund as well as the $305 million in federal funds.

“Every family deserves an affordable place to call home,” said Murphy. “By funding the creation of over 3,300 new affordable units, we’ll ensure that families have access to stable housing across the Garden State and work to meet our statewide obligations in the process.”

“The Affordable Housing Production Fund will be a truly historic investment for housing in our state,” said Lt. Governor Sheila Oliver, who serves as Commissioner of the Department of Community Affairs. “The scarcity of affordable housing in New Jersey isn’t going to be resolved until we start supporting the working people who are the foundation of our economy. They need more inventory of housing they can afford. And the only way to meet this critical need is to build decent housing.”

N.J. praised for commitment to labor: Ranks 2nd on list of...

Government takes lead on prompt payments — but only for state...