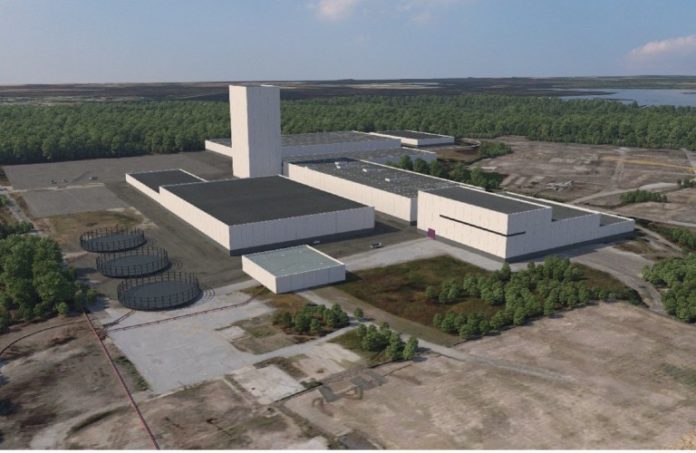 Two utilities on Thursday announced an energy project that has the potential to create hundreds of jobs.

As part of its Outerbridge Renewable Connector project, Rise announced it is prepared to invest millions to develop a shovel-ready site for a submarine cable manufacturing facility at DRP-owned Repauno Port & Rail Terminal in Greenwich Township (Repauno).

The proposed submarine cable manufacturing facility will have a footprint of approximately 30 acres, along with dock access.

Upon approval of the Outerbridge Renewable Connector project, pending before the BPU, Rise and DRP will commence development and permitting work to make the site shovel-ready and to attract an offshore cable manufacturer, who would ultimately construct and operate the facility.

“This opportunity will bolster New Jersey’s leadership in offshore wind with a major investment to create good-paying jobs and become a national supply chain leader,” said Clint Plummer, CEO of Rise Light & Power. “The Outerbridge Renewable Connector will revitalize and repurpose infrastructure to meet New Jersey’s bold clean energy goals. We are excited about this partnership with Delaware River Partners.”

“We are proud to enter into a partnership with Rise Light & Power to develop New Jersey’s first submarine cable manufacturing facility,” said Hank Alexander, DRP’s CEO. “The Repauno Port & Rail Terminal is an ideal location for this project. Conveniently situated along the Delaware River, we are accessible and fully capable of meeting the offshore wind industry’s needs.”

Upon hearing of the new effort to develop the facility in Gibbstown, Christina Renna, President & CEO of the Chamber of Commerce Southern New Jersey (CCSNJ) said, “CCSNJ proudly welcomes this new partnership between Repauno Port & Rail and Rise Light & Power. Having a shovel-ready site will attract manufacturers to our region, paving the way for hundreds of new manufacturing jobs and connecting our community with the on-going clean energy transition in New Jersey.”