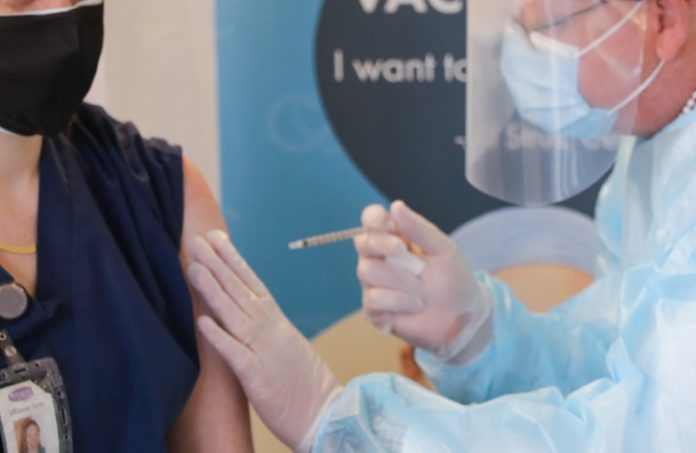 Support for vaccine and face mask mandates has dropped dramatically, according to a Monmouth University Poll released Thursday.

Just under half of the state (45%) supports requiring proof of COVID-19 vaccination to work in an office or other setting around people. (A slight majority, 52%, opposed this).

And only 1 in 3 (34%) New Jerseyans support reinstituting general face mask and social distancing guidelines in New Jersey. (With 64% opposed.)

The results represent a dramatic change in public opinion. Last all, more than 6 in 10 voters in the state backed bringing back these measures.

Support for reinstituting these Covid guidelines has declined among every partisan group, but the largest drop has occurred among Democrats – from 89% who supported these measures in September to 50% who back them now.

Support in the state is nearly identical to national public opinion results from a poll Monmouth conducted last month.

“There’s a combination of factors at play here,” he said. “The delta variant was not as bad as predicted while the omicron surge made it seem as if infection was inescapable. New Jerseyans are willing to get boosted themselves, but that may be the best they can do against future waves.”

Other results from the poll:
· About 1 in 4 New Jerseyans (23%) are very concerned about a family member becoming seriously ill from the coronavirus outbreak.

· About half the adults polled report having COVID or thinking they had COVID at some point, including 38% who say their infection was confirmed with a test.

· About 6 in 10 New Jersey adults (59%) report having already received a booster shot of the COVID vaccine.

The Monmouth University Poll was conducted by telephone from March 31-April 4 with 802 New Jersey adults.