Home Politics For Ciattarelli, business summit is another stop on a campaign that has...
Facebook
Twitter
Linkedin 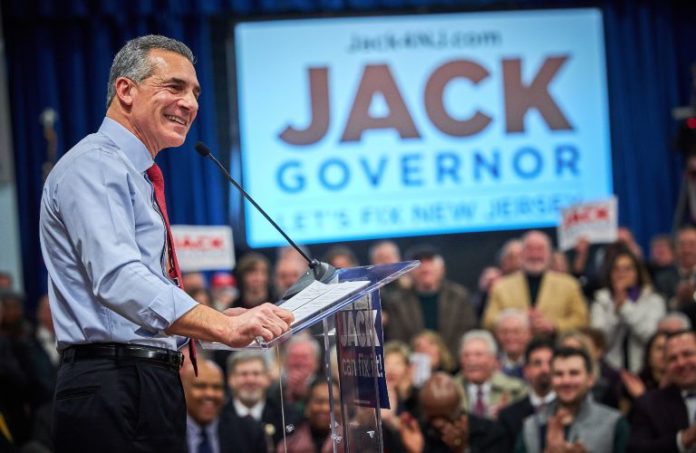 It’s nice to be the candidate – a role Jack Ciattarelli has been playing for nearly two years now – as you always get to offer the contrarian view.

After a much-closer-than-expected Gubernatorial race last November, Ciattarelli – already an announced Republican candidate for governor in 2025 – remains an active participant on the networking scene.

He was happy to attend the ReNew Jersey Business Summit this week, speaking about one of his favorite issues: Helping business owners.

“We’ve got to send a clear and loud message of how important the business community is,” he said Thursday morning. “We want to hear their concerns. And everyone wants to change the business climate of Jersey, we’re all tired of being ranked year after year after year as the worst place in the country to do business.

“So, an event like this leads to discussions that hopefully changes that.”

To be fair, New Jersey is no longer ranked last – or near the bottom of many economic rankings.

As Gov. Phil Murphy correctly pointed out Wednesday – during his keynote address – the state GDP numbers seemingly are headed in the right direction. As is the unemployment rate, which dropped to 4.2% Thursday.

Murphy talked about a surge in venture capital dollars, and how the state got its first credit upgrades in decades.

Ciattarelli wasn’t having it.

“We all expect him to tout some statistics and say this and say that about how great New Jersey is doing,” he said. “But one thing you can’t do to this audience is try to fool them.

“You talk to anybody who’s here in their sector, they’ll tell you about different regulations, or different situations just make New Jersey next to impossible in which to do business. And those are the things we need to fix.

“What I really think the governor should have done in his speech is talk about the challenges that we face in New Jersey. One thing you don’t want to do with this crowd is make it seem like everything is perfect here in New Jersey. It’s not.”

Ciattarelli was quick to point out how the state still has the highest corporate tax rate in the country – and one of the highest property tax rates.

You’ll hear him talking about this for the next three years. That’s the plan, at least.

“Fortunately, invites have continued to come in that allow me to go out and speak to groups all around the state,” he said. “I’m just going to continue to focus on the two things that plagued the state and hold back every business and every citizen: The property tax crisis and the business climate crisis.

“We can fix the first with a new school funding formula, and we can fix the second with some significant reforms to our tax code. And that’s what people want to see.”