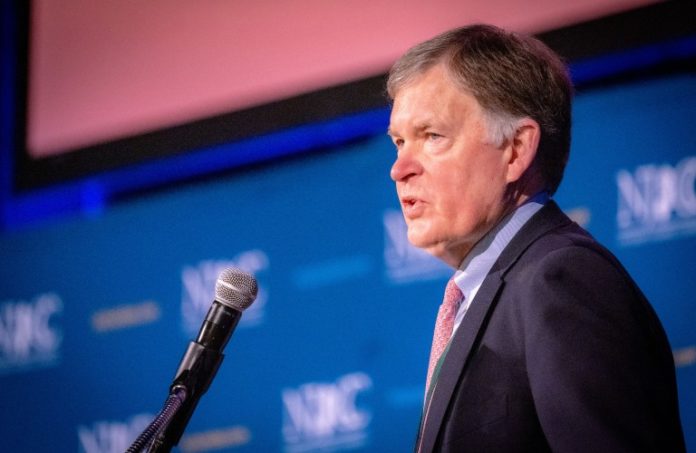 Tom Bracken, the CEO of the New Jersey Chamber of Commerce, said he went too far last week in his opening comments at the ReNew Jersey Business Summit in Atlantic City.

Bracken, in his opening remarks to a group of approximately 600, said Gov. Phil Murphy and the Legislature are not doing anything “of substance” to help the business community.

On Monday, in a statement released by the chamber, Bracken described this as an “overly aggressive and inaccurate statement.”

“It is not how I feel about what has been done, but I said it and need to own it,” he said. “What I intended to say, and what more accurately reflects my belief, is that, while there have been accomplishments, more needs to be done to help the business community.

“At the summit, I complimented the governor for his efforts to address the state’s affordability issues as a major avenue to creating what I believe is the nation’s fairest economy. My hope now is we can apply the same level of focus and energy in creating the nation’s strongest economy.”

Bracken said he hopes all sides can move forward.

“I sincerely apologize to the governor and the Legislature for what I said and hope they accept my apology,” he said. “We need to work together to accomplish our mutual goal of making New Jersey the premier state in which to live and work, and I look forward to continuing that effort with them.”