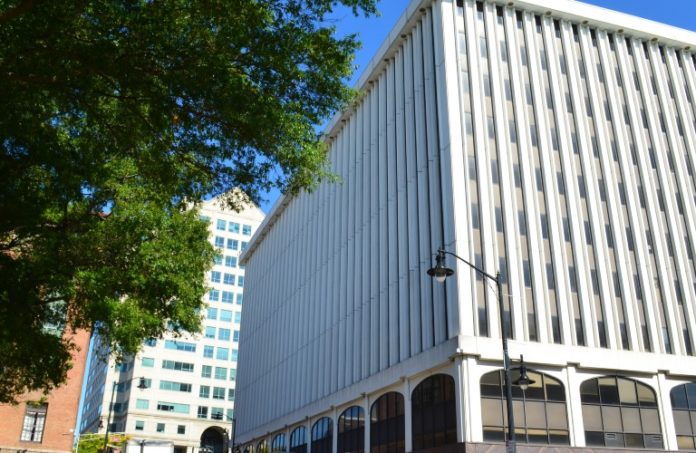 We all know how recycling helps the environment and community. But what about how a recycling company can go one step further and redevelop and reuse an iconic pillar of the same city it is headquartered in?

That’s what has the potential to happen as the New Jersey State Treasury Authority on Tuesday approved the first step in the redevelopment of former taxation building in the heart of downtown Trenton by TerraCycle.

State Treasurer Elizabeth Maher Muoio said the Capital City Redevelopment Corp. voted to issue the award notice to TerraCycle US LLC and proceed with the negotiation of a Purchase and Sale and Redevelopment Agreement.

“We’re very pleased that the request for offers produced a proposal that holds tremendous potential for the future of our capital city — from a company with Trenton roots, no less,” Muoio said. “We’re excited to see the next steps unfold in the process as we aim to redevelop this property in the heart of downtown Trenton. Should this sale become final, it has the potential to play a key role in Trenton’s rebirth with the many new jobs, ratables and ancillary activity it will potentially generate for the city.”

In November, the CCRC, on behalf of the Treasury Department, issued a Request for Offers to Purchase and Redevelop the former taxation building, a prominent 10-story building located at 50 Barrack St. in the heart of downtown Trenton.

The treasurer noted that a number of steps must still be taken before negotiations can commence and the sale can be finalized.

Gov. Phil Murphy must now approve or veto CCRC’s board minutes before the board’s action is final. Treasury must consent to the disposition of the property. After the approval process and negotiation of the agreement are completed, the official award to TerraCycle US LLC and the final PSARA must also be approved by the CCRC board prior to execution.